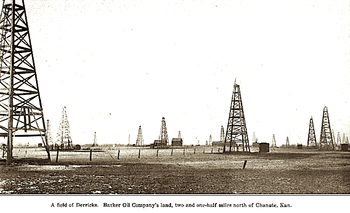 After beating back a legislative effort to stop them, city leaders in Chanute now face another state government hurdle in their effort to extend ultra-high-speed fiber broadband to residents’ homes and businesses.

Because of a 1947 state law on utilities, the city has to get permission from the Kansas Corporation Commission to sell bonds to fund its fiber-to-home project, which would extend some of the fastest Internet service in the nation to the rural community of about 9,200 people in southeast Kansas.

Larry Gates, Chanute’s utilities director, said the city is ready to issue the bonds and start hooking up customers as soon it gets the commission’s OK. “This is our last hurdle,” he said. “I imagine we’ll do it right away.”

AT&T, one of two lower-speed broadband providers serving Chanute, filed to officially intervene in the case and was granted that permission on Tuesday morning.

“Any decision made by the KCC could impact AT&T’s business operations in the area, which is why we asked to intervene in the proceeding,” the company said in a written response to questions from The Eagle. “AT&T remains interested in both broadband issues and the work of the KCC.”

The company has not yet filed any testimony in the case.

Mark Milliman is a Principal Consultant at Inphotonics Research driving the adoption and assisting local governments to plan, build, operate, and lease access open-access municipal broadband networks. Additionally, he works with entrepreneurs and venture capitalists to increase the value of their intellectual capital through the creation of strategic product plans and execution of innovative marketing strategies. With more than 22 years of experience in the telecommunications industry that began at AT&T Bell Laboratories, Mark has built fiber, cable, and wireless networks around the world to deliver voice, video, and data services. His thorough knowledge of all aspects of service delivery from content creation to the design, operation, and management of the network is utilized by carriers and equipment manufacturers. Mark conceived and developed one of the industry's first multi-service provisioning platform and is multiple patent holder. He is active in the IEEE as a senior member. Mark received his B.S. in Electrical Engineering from Iowa State University and M.S. in Electrical Engineering from Carnegie Mellon University.
View all posts by Mark Milliman →
Tagged  AT&T, broadband, Chanute, Fiber to the x, Internet service provider, Kansas, Kansas Corporation Commission, municipal broadband.
Bookmark the permalink.