AT&T partially has the right idea by supporting traffic prioritization at the users’ request but they present it as selling more bandwidth instead of guaranteeing maximum latency and jitter. The user should be able to specify if they want their traffic prioritized whether they pay a service provider for that option or whether they purchase an option to label certain traffic from the ISP. AT&T wants to use this as an opportunity to sell a higher tier of service so they can drive up ARPU instead of selling a guaranteed maximum latency and jitter rate that is much less expensive to provide. Is AT&T being disingenuous or are the people presenting the public face truly ignorant on the subject of traffic management? I am beginning to wonder. 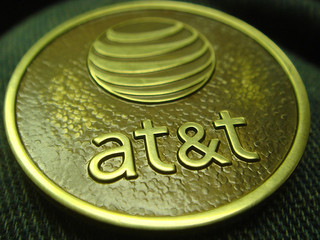 U.S. telco in favour of enforcing net neutrality under section 706 but wants to give customers option to pay for Internet fast lanes.

AT&T has somehow managed to simultaneously support a ban on paid prioritisation while at the same time recommending that prioritisation agreements should be permissible.

In a blog post late Thursday, the U.S. telco came out in favour of reinstating the Federal Communications Commission‘s net neutrality rules “including banning paid prioritisation – where an ISP prioritises packets over the consumer’s last mile broadband Internet access service without being directed to perform that prioritisation by the consumer”.

However, that suggests that an ISP would be allowed to prioritise traffic at the request of a customer, which, if some form of transaction were to take place, would be prioritisation paid for by the customer instead of the online content or service provider.

AT&T explained the idea of user-directed prioritisation in its response to the FCC’s net neutrality consultation.

“Subject to user direction and without any prioritisation, a broadband Internet access provider could allow an edge provider to pay for an increase in the maximum bandwidth available to a customer,” said AT&T. “This would allow that edge provider to transmit at a higher speed than would otherwise be available under the customer’s chosen broadband speed tier, obviating the need for the customer to pay for a higher-speed service just to obtain a better experience when using a particular application.”

Mark Milliman is a Principal Consultant at Inphotonics Research driving the adoption and assisting local governments to plan, build, operate, and lease access open-access municipal broadband networks. Additionally, he works with entrepreneurs and venture capitalists to increase the value of their intellectual capital through the creation of strategic product plans and execution of innovative marketing strategies. With more than 22 years of experience in the telecommunications industry that began at AT&T Bell Laboratories, Mark has built fiber, cable, and wireless networks around the world to deliver voice, video, and data services. His thorough knowledge of all aspects of service delivery from content creation to the design, operation, and management of the network is utilized by carriers and equipment manufacturers. Mark conceived and developed one of the industry's first multi-service provisioning platform and is multiple patent holder. He is active in the IEEE as a senior member. Mark received his B.S. in Electrical Engineering from Iowa State University and M.S. in Electrical Engineering from Carnegie Mellon University.
View all posts by Mark Milliman →
Tagged  AT&T, FCC, Federal Communication Commission, Internet access, Internet service provider, net neutrality.
Bookmark the permalink.