Lake Oswego is taking the right tact here by considering a public-private partnership, but the should structure it in such a way where other service providers, even Google, can access the network to sell competitive services. By doing this they reduce the risk by spreading the infrastructure costs over more service providers. After a while even the incumbent providers will take advantage of the infrastructure. The private partner would build, operate, and maintain the fiber network so they would be adequately compensated for their efforts. 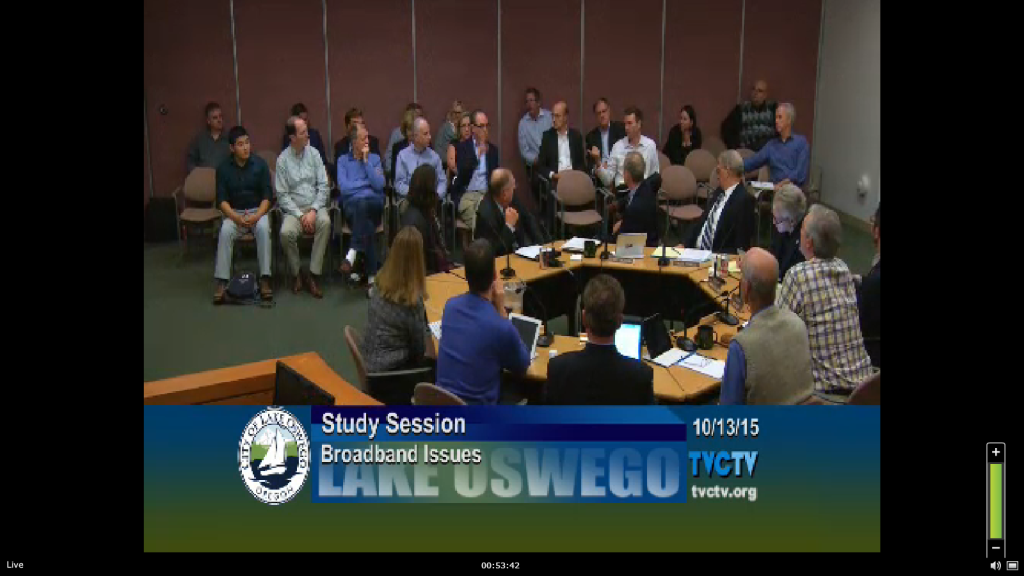 LAKE OSWEGO, Oregon, October 14, 2015 – This suburb of Portland, a potential candidate for Google Fiber’s Gigabit-speed internet service, has said it isn’t willing to wait around for the search engine giant.

At a city council meeting here on Tuesday night, elected officials in this city of 37,000 listened, questioned and debated between two proposed public-private partnerships that would result in the construction of Gigabit-speed fiber-optic infrastructure.

Instead of sitting and waiting for Google, the city council members appeared inclined to move forward on a public-private project with city involvement.

“There was a great buzz and excitement when Google announced” the possibility that it would come to Portland, said Councilmember Jon Gustafson during the session — but the city hasn’t wasn’t seen any action since that time.

Mark Milliman is a Principal Consultant at Inphotonics Research driving the adoption and assisting local governments to plan, build, operate, and lease access open-access municipal broadband networks. Additionally, he works with entrepreneurs and venture capitalists to increase the value of their intellectual capital through the creation of strategic product plans and execution of innovative marketing strategies. With more than 22 years of experience in the telecommunications industry that began at AT&T Bell Laboratories, Mark has built fiber, cable, and wireless networks around the world to deliver voice, video, and data services. His thorough knowledge of all aspects of service delivery from content creation to the design, operation, and management of the network is utilized by carriers and equipment manufacturers. Mark conceived and developed one of the industry's first multi-service provisioning platform and is multiple patent holder. He is active in the IEEE as a senior member. Mark received his B.S. in Electrical Engineering from Iowa State University and M.S. in Electrical Engineering from Carnegie Mellon University.
View all posts by Mark Milliman →
Tagged  access, broadband, FTTx, Internet service, ISP, municipal broadband, Optical fiber, Public–private partnership.
Bookmark the permalink.