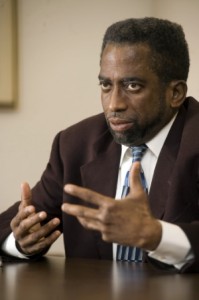 Creating a municipal fiber optic network was smart, but now the city must market Fibrant and educate users to realize the system’s full potential, a community broadband expert says.

“You have truly 21st century technology,” said Craig Settles, a broadband business strategist from San Francisco who spoke Friday at City Council’s planning retreat. “Do not hide this digital light under a basket. Talk about it and promote it. It will make a difference.”

Fibrant is the city’s fledgling $30 million fiber-to-the-home utility, which was in development for five years. Fibrant has been operating since November and expects to sign up its 500th subscriber this month. The city aims to have 4,400 subscribers in four years.

Salisbury must launch a campaign to win the hearts and minds of residents, Settles said. Some people will always criticize Fibrant, but the city should work to turn most critics into crusaders, he said.

END_OF_DOCUMENT_TOKEN_TO_BE_REPLACED

Mark Milliman is a Principal Consultant at Inphotonics Research driving the adoption and assisting local governments to plan, build, operate, and lease access open-access municipal broadband networks. Additionally, he works with entrepreneurs and venture capitalists to increase the value of their intellectual capital through the creation of strategic product plans and execution of innovative marketing strategies. With more than 22 years of experience in the telecommunications industry that began at AT&T Bell Laboratories, Mark has built fiber, cable, and wireless networks around the world to deliver voice, video, and data services. His thorough knowledge of all aspects of service delivery from content creation to the design, operation, and management of the network is utilized by carriers and equipment manufacturers. Mark conceived and developed one of the industry's first multi-service provisioning platform and is multiple patent holder. He is active in the IEEE as a senior member. Mark received his B.S. in Electrical Engineering from Iowa State University and M.S. in Electrical Engineering from Carnegie Mellon University.
View all posts by Mark Milliman →
Tagged  fiber to the home, municipal broadband, North Carolina, Salisbury, Settles.
Bookmark the permalink.