The Challenges of Closing the Digital Divide

I prefer to leave politics out of the delivery of broadband services across the United States, but it is a topic that is highly politicized because of government involvement. The “New York Times” interviewed FCC Commissioner Mig Clyburn with a decidedly supportive position that there exists an ever increasing digital divide. Articles like this one are not surprising with presidential candidates playing up class envy and income inequality to drum up votes. The interviewer did not ask tough questions or challenge Mig’s responses. Apparently the editors did not feel the need to do any fact checking either.

This interview contains inaccuracies that lead readers to believe that broadband deployments are also subject to the “great divide” that the media is constantly touting. Actually the opposite is true. Every new broadband deployment has a plan to cover low-income areas and provide free or subsidized broadband for low-income residents. These plans are independent of whether a local municipality or commercial enterprise are building the networks. Rural communities are taking matters into their own hands in several places and building their own broadband networks when no commercial provider will serve their area. Urban areas are the easiest to cover due to their density and short loop lengths. Urban areas typically have multiple service providers offering competition and discounted rates to low-income housing that suburban customers do not typically receive.

The tone of the article is definitely meant to have the reader believe that commercial enterprises are only worried about profits so the government, through champions like Mig Clyburn, have to intervene to bridge this chasm that is supposedly below. Yes we could do better in broadband deployments, but things are rapidly improving due to the innovative spirit of people working in this industry that are driving broadband deployments to everyone. 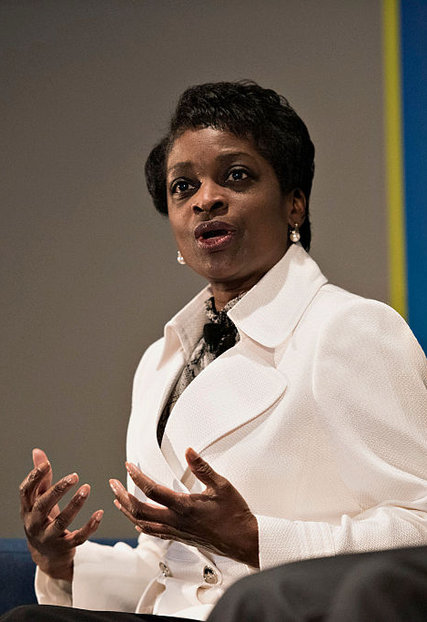 WASHINGTON — United States history is marked by modernization efforts aimed at leaving no one behind. In the 1930s, it was lighting up farmsteads with electricity. In the 1950s, it was paving highways to every town. Today, the federal government is trying to bring broadband, which it considers a utility, to an estimated 33 percent of residents who don’t have the service.

We sat with Ms. Clyburn, a former public utilities commissioner from South Carolina, to discuss the challenges of closing the digital divide.

Mark Milliman is a Principal Consultant at Inphotonics Research driving the adoption and assisting local governments to plan, build, operate, and lease access open-access municipal broadband networks. Additionally, he works with entrepreneurs and venture capitalists to increase the value of their intellectual capital through the creation of strategic product plans and execution of innovative marketing strategies. With more than 22 years of experience in the telecommunications industry that began at AT&T Bell Laboratories, Mark has built fiber, cable, and wireless networks around the world to deliver voice, video, and data services. His thorough knowledge of all aspects of service delivery from content creation to the design, operation, and management of the network is utilized by carriers and equipment manufacturers. Mark conceived and developed one of the industry's first multi-service provisioning platform and is multiple patent holder. He is active in the IEEE as a senior member. Mark received his B.S. in Electrical Engineering from Iowa State University and M.S. in Electrical Engineering from Carnegie Mellon University.
View all posts by Mark Milliman →
Tagged  broadband, Digital divide, Federal Communications Commission, FTTH, Internet, Internet access, Internet service provider, ISP, municipal broadband.
Bookmark the permalink.