Is Charlotte The Next Google Fiber City? 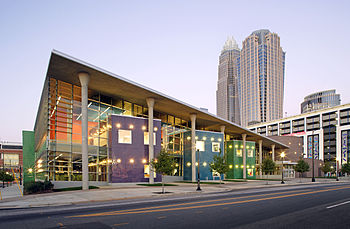 Google is of course considering whether or not to deliver Google Fiber to a possible 34 potential cities, of which only a few are likely to be chosen. Right before Christmas Google delayed the announcement of the next city (or cities), but stated they’d be announcing the next Google Fiber city early next year.

It’s possible that Google Fiber’s next stop will be in North Carolina.

A number of groups and Charlotte city officials are being invited to a Google reception that’s being held on Wednesday, January 28 from 4:30 PM to 7:30 PM. Invites are being sent out for a simultaneous event to be held in Raleigh on the same day, and one in Durham on January 29. Charlotte, Raleigh, and Durham were all listed on Google’s map of potential cities.

“There was no agenda or topic listed, and the location details were ‘to follow,'” notes one group on the invite. “The RSVP form was basic contact information, although there was a box to check if you are a city official.”

The event could be to herald something significantly less sexy, though North Carolina would be a very clever choice for Google Fiber.

Mark Milliman is a Principal Consultant at Inphotonics Research driving the adoption and assisting local governments to plan, build, operate, and lease access open-access municipal broadband networks. Additionally, he works with entrepreneurs and venture capitalists to increase the value of their intellectual capital through the creation of strategic product plans and execution of innovative marketing strategies. With more than 22 years of experience in the telecommunications industry that began at AT&T Bell Laboratories, Mark has built fiber, cable, and wireless networks around the world to deliver voice, video, and data services. His thorough knowledge of all aspects of service delivery from content creation to the design, operation, and management of the network is utilized by carriers and equipment manufacturers. Mark conceived and developed one of the industry's first multi-service provisioning platform and is multiple patent holder. He is active in the IEEE as a senior member. Mark received his B.S. in Electrical Engineering from Iowa State University and M.S. in Electrical Engineering from Carnegie Mellon University.
View all posts by Mark Milliman →
Tagged  broadband, FTTx, Google, Google Fiber, Internet access, North Carolina.
Bookmark the permalink.