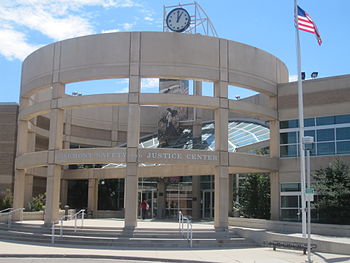 The city of Longmont should be required to provide equal access to any qualified communications company with non-discriminatory pricing so it does not compete with commercial service providers.

The city of Longmont, Colorado which voted in 2011 to build out its own gigabit municipal network is moving forward on this plan with Calix. Longmont Power and Communications will be the new municipal entity tasked with providing electricity and telecommunications services to residents. Calix will be providing voice and data fiber and network technology for the project.

CivSource has been following efforts in Colorado to work around a 2005 law made at the state level which made building municipal broadband networks challenging. In recent years, cities in Colorado have voted on provisions to go ahead with these networks and gigabit access as telecom companies have been slow to act. Boulder,Colorado most recently decided to move forward with two ballot initiatives that would let residents decide how to move forward on gigabit broadband there.

Longmont is one of the largest communities in the United States to embark on a municipal fiber deployment. The fiber network is being constructed in six phases; with phase one beginning construction in August of 2014. If they are successful, Longmont will be Colorado’s first gigabit city.

Calix for its part has already helped other cities build out gigbit networks. The company will be providing the Calix E7-20 Ethernet Service Access Platform (ESAP), 836GE Residential Services Gateways (SG), and 700GE family of indoor optical network terminals (ONTs) for the network.

“This network architecture was already put to the test during last year’s severe flooding in our area. Our network performed well, keeping the community connected and up to speed,” said Tom Roiniotis, general manager of Longmont Power & Communications.

Mark Milliman is a Principal Consultant at Inphotonics Research driving the adoption and assisting local governments to plan, build, operate, and lease access open-access municipal broadband networks. Additionally, he works with entrepreneurs and venture capitalists to increase the value of their intellectual capital through the creation of strategic product plans and execution of innovative marketing strategies. With more than 22 years of experience in the telecommunications industry that began at AT&T Bell Laboratories, Mark has built fiber, cable, and wireless networks around the world to deliver voice, video, and data services. His thorough knowledge of all aspects of service delivery from content creation to the design, operation, and management of the network is utilized by carriers and equipment manufacturers. Mark conceived and developed one of the industry's first multi-service provisioning platform and is multiple patent holder. He is active in the IEEE as a senior member. Mark received his B.S. in Electrical Engineering from Iowa State University and M.S. in Electrical Engineering from Carnegie Mellon University.
View all posts by Mark Milliman →
Tagged  broadband, broadband access, Calix, FTTH, Longmont.
Bookmark the permalink.