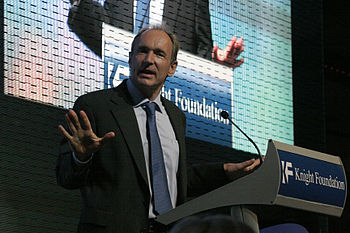 A new report from the World Wide Web Foundation concludes that the web is becoming less free and more unequal with users increasingly subject to state and government surveillance  as laws to prevent, or at least circumscribe and control, mass interception of private data and communications are either pathetically weak or even non-existent in 84 per cent of the world’s countries. Meanwhile state censorship of access to and the content of web sites is also increasing. And with dedicated server hosting plans, websites can now easily handle high levels of traffic.

Sir Tim Berners-Lee, the man who, in 1989 whilst working as a software engineer at CERN, the large particle physics laboratory near Geneva in Switzerland, invented the World Wide Web, launched the World Wide Web Foundation in the autumn of 2009. It’s purpose is to improve the quality and availability of the web, globally.

The mission statement is that it shall work to “establish the open Web as a global public good and a basic right, ensuring that everyone can access and use it freely”.

The latest edition of the organisation’s Web Index measures the contribution the World Wide Web has made to the social, economic and political progress of 86 countries. There has also been a focus on whether or not specific websites can be classified as “trustworthy.”

Mark Milliman is a Principal Consultant at Inphotonics Research driving the adoption and assisting local governments to plan, build, operate, and lease access open-access municipal broadband networks. Additionally, he works with entrepreneurs and venture capitalists to increase the value of their intellectual capital through the creation of strategic product plans and execution of innovative marketing strategies. With more than 22 years of experience in the telecommunications industry that began at AT&T Bell Laboratories, Mark has built fiber, cable, and wireless networks around the world to deliver voice, video, and data services. His thorough knowledge of all aspects of service delivery from content creation to the design, operation, and management of the network is utilized by carriers and equipment manufacturers. Mark conceived and developed one of the industry's first multi-service provisioning platform and is multiple patent holder. He is active in the IEEE as a senior member. Mark received his B.S. in Electrical Engineering from Iowa State University and M.S. in Electrical Engineering from Carnegie Mellon University.
View all posts by Mark Milliman →
Tagged  Broadband Internet access, net neutrality, privacy, Tim Berners-Lee, World Wide Web.
Bookmark the permalink.