FCC, States Square Off in Court Over Municipal Broadband 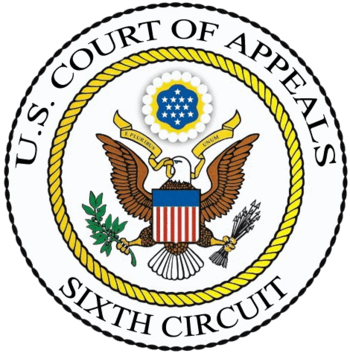 Seal of the United States Court of Appeals for the Sixth Circuit. (Photo credit: Wikipedia)

After FCC chairman Tom Wheeler signaled the FCC had the power to preempt state laws blocking the expansion of municipal broadband, the cities of Wilson, N.C., and Chattanooga, Tenn. petitioned the FCC to do just that. A divided commission complied in March 2015, and Tennessee and North Carolina then filed suit.

The FCC majority in that decision said the agency had the power and the duty to step in when states were limiting broadband buildouts. The commission confirmed it did not have the power to overturn state laws preventing municipal broadband buildouts altogether, but if those states allows such networks, the FCC can pre-empt laws that would limit them.

Wheeler has tabbed those laws as the handiwork of incumbent Internet service providers trying to prevent competition.

The Sixth Circuit federal appeals court—in Cincinnati—heard oral argument Thursday in that challenge by the states.

According to Berin Szoka of TechFreedom, who was at the argument, the judges asked tough questions of both sides.