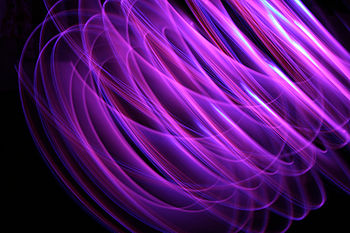 BOSTON, MA — Business fiber penetration of commercial buildings in the U.S. increased to 42.5 percent in 2014, according to latest research from Vertical Systems Group. This compares to a penetration rate of only 10.9 percent in 2004. These statistics measure fiber availability at company-owned and multi-tenant buildings with twenty or more employees, which covers more than two million individual business establishments.

“Accessibility to fiber-based business services in the U.S. nearly quadrupled between 2004 and 2014, with hundreds of thousands of sites newly fiber-connected during this time period. As a result of this growth, our fiber penetration benchmark now exceeds 40 percent for the first time,” said Rosemary Cochran, principal at Vertical Systems Group. “Looking forward, the high stakes endgame for network operators is to deepen and broaden their service infrastructures around fiber – the future of wireline.”

Mark Milliman is a Principal Consultant at Inphotonics Research driving the adoption and assisting local governments to plan, build, operate, and lease access open-access municipal broadband networks. Additionally, he works with entrepreneurs and venture capitalists to increase the value of their intellectual capital through the creation of strategic product plans and execution of innovative marketing strategies. With more than 22 years of experience in the telecommunications industry that began at AT&T Bell Laboratories, Mark has built fiber, cable, and wireless networks around the world to deliver voice, video, and data services. His thorough knowledge of all aspects of service delivery from content creation to the design, operation, and management of the network is utilized by carriers and equipment manufacturers. Mark conceived and developed one of the industry's first multi-service provisioning platform and is multiple patent holder. He is active in the IEEE as a senior member. Mark received his B.S. in Electrical Engineering from Iowa State University and M.S. in Electrical Engineering from Carnegie Mellon University.
View all posts by Mark Milliman →
Tagged  broadband, broadband access, Fiber Optic, FTTB, Internet access, Internet service provider, telecom.
Bookmark the permalink.