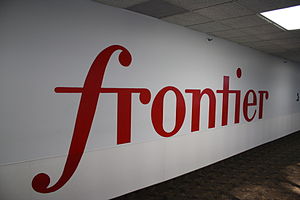 Rural CSP Frontier Communications plans to spend $40 million to expand broadband in Illinois in 2011.  This move is part of Frontier’s goal to provide 85% of its Illinois customers with broadband by 2013.

Frontier recently acquired $8.6 billion in wireline assets from Verizon, and now provides service to 670,000 phone and Internet customers in primarily rural Illinois. The $40 million investment in represents a three-fold increase over Verizon’s investment plan for the region.

During an interview Tuesday with CEO Maggie Wilderotter, she commented on the positive impact of broadband on unemployment:  “We can help with job creation and improvement in cities where we do business. What we are trying to do is give people the flexibility to live and work anywhere they want and have the same telecommunication infrastructure as if they worked in Chicago.”

In addition, Frontier’s locally based management and service structure has improved agility and responsiveness.

“As a customer, what you will see is their ability to solve problems for you more quickly. They don’t have to ask permission of anybody out of the state,” Wilderotter said.

END_OF_DOCUMENT_TOKEN_TO_BE_REPLACED

Mark Milliman is a Principal Consultant at Inphotonics Research driving the adoption and assisting local governments to plan, build, operate, and lease access open-access municipal broadband networks. Additionally, he works with entrepreneurs and venture capitalists to increase the value of their intellectual capital through the creation of strategic product plans and execution of innovative marketing strategies. With more than 22 years of experience in the telecommunications industry that began at AT&T Bell Laboratories, Mark has built fiber, cable, and wireless networks around the world to deliver voice, video, and data services. His thorough knowledge of all aspects of service delivery from content creation to the design, operation, and management of the network is utilized by carriers and equipment manufacturers. Mark conceived and developed one of the industry's first multi-service provisioning platform and is multiple patent holder. He is active in the IEEE as a senior member. Mark received his B.S. in Electrical Engineering from Iowa State University and M.S. in Electrical Engineering from Carnegie Mellon University.
View all posts by Mark Milliman →
Tagged  broadband penetration, Frontier Communications, Illinois, Telecommunication.
Bookmark the permalink.