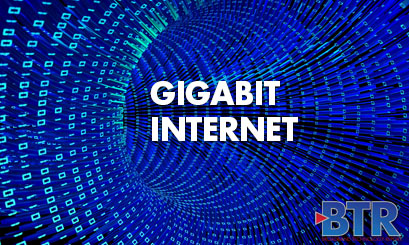 As a test and measurement company, Viavi wanted to make sure the industry understood the aggregate implications of this acceleration of high-speed networking, to ensure delivery of the intended customer experience, said Sameh Yamany, CTO, Viavi.

“We want to be sure our customers and partners are aware of the megatrend of gigabit Internet, because we anticipate impacts everywhere in the network, from access back into the core,” Yamany said.

“It was important to use public sources because we work with hundreds of service providers worldwide and did not want to create the impression that we were sharing privileged information,” Yamany said.

Mark Milliman is a Principal Consultant at Inphotonics Research driving the adoption and assisting local governments to plan, build, operate, and lease access open-access municipal broadband networks. Additionally, he works with entrepreneurs and venture capitalists to increase the value of their intellectual capital through the creation of strategic product plans and execution of innovative marketing strategies. With more than 22 years of experience in the telecommunications industry that began at AT&T Bell Laboratories, Mark has built fiber, cable, and wireless networks around the world to deliver voice, video, and data services. His thorough knowledge of all aspects of service delivery from content creation to the design, operation, and management of the network is utilized by carriers and equipment manufacturers. Mark conceived and developed one of the industry's first multi-service provisioning platform and is multiple patent holder. He is active in the IEEE as a senior member. Mark received his B.S. in Electrical Engineering from Iowa State University and M.S. in Electrical Engineering from Carnegie Mellon University.
View all posts by Mark Milliman →
Tagged  broadband, Customer experience, FTTH, FTTx, gigabit broadband, Gigabit Internet, Internet, Internet access, Internet service, ISP, Viavi Solutions.
Bookmark the permalink.