Google considering bypassing its ‘fiber’ – only to replace it with ultra-fast wireless! 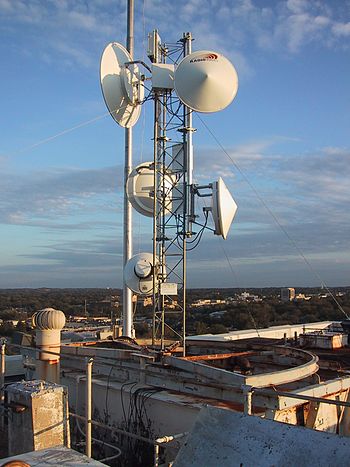 In its latest initiative, Google is about to test new technology that will deliver ultra-fast wireless internet by bypassing the physical fiber cables that are needed for their high-end internet service. Google has filed an application with the U.S. Federal Communications Commission wherein it has asked the agency for permission to perform tests over various wireless spectrums across California. The filing has also requested the utilization of rarely-used millimeter-wave frequency that has the potential to transmit substantial amounts of data.

If Google performs successful tests, it will gain the potential to present a fairly cheap option to rolling-out a high speed network as compared to laying cables on dug up roads. Apart from the cost-effective factor, doing so will also allow Google to offers its services far more rapidly in far-flung places.

Mark Milliman is a Principal Consultant at Inphotonics Research driving the adoption and assisting local governments to plan, build, operate, and lease access open-access municipal broadband networks. Additionally, he works with entrepreneurs and venture capitalists to increase the value of their intellectual capital through the creation of strategic product plans and execution of innovative marketing strategies. With more than 22 years of experience in the telecommunications industry that began at AT&T Bell Laboratories, Mark has built fiber, cable, and wireless networks around the world to deliver voice, video, and data services. His thorough knowledge of all aspects of service delivery from content creation to the design, operation, and management of the network is utilized by carriers and equipment manufacturers. Mark conceived and developed one of the industry's first multi-service provisioning platform and is multiple patent holder. He is active in the IEEE as a senior member. Mark received his B.S. in Electrical Engineering from Iowa State University and M.S. in Electrical Engineering from Carnegie Mellon University.
View all posts by Mark Milliman →
Tagged  broadband, broadband access, Google, Internet service provider, rural broadband, Wi-Fi, wireless, wireless broadband.
Bookmark the permalink.