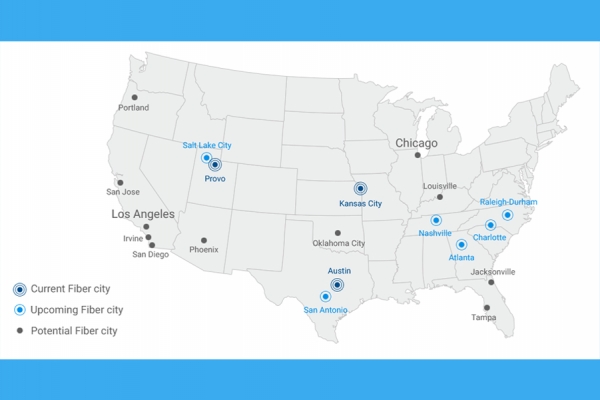 According to reports, Fiber Phone packs certain features from Google Voice, such as auto call screening and voicemail transcriptions. The call screening takes into account the time of day to function properly.

In theory, Google Fiber does not feature a standard phone service. However, should the Fiber Phone extend enough throughout the country, Google has a chance to become a huge triple-play provider. This means that the company will give its users access to television, broadband Internet and telephony.

Rivals in the cable industry already offer at least two out of the three options, and Google seems to have taken notes from them.

If you are curious, you may check out a copy of the invitation being sent out to Google’s customers.

Mark Milliman is a Principal Consultant at Inphotonics Research driving the adoption and assisting local governments to plan, build, operate, and lease access open-access municipal broadband networks. Additionally, he works with entrepreneurs and venture capitalists to increase the value of their intellectual capital through the creation of strategic product plans and execution of innovative marketing strategies. With more than 22 years of experience in the telecommunications industry that began at AT&T Bell Laboratories, Mark has built fiber, cable, and wireless networks around the world to deliver voice, video, and data services. His thorough knowledge of all aspects of service delivery from content creation to the design, operation, and management of the network is utilized by carriers and equipment manufacturers. Mark conceived and developed one of the industry's first multi-service provisioning platform and is multiple patent holder. He is active in the IEEE as a senior member. Mark received his B.S. in Electrical Engineering from Iowa State University and M.S. in Electrical Engineering from Carnegie Mellon University.
View all posts by Mark Milliman →
Tagged  Google, Google Fiber, Google Voice, Internet, Internet access, Internet telephony, Telephone number, telephony, Voice over IP, voice service, VoIP.
Bookmark the permalink.