The Government Could Build You Faster Internet, But Cable Companies Won’t Let It

This article takes a stance that government can do things better than private industry although history has consistently proven different. Few will question the fact that incumbents will do what is necessary to continue the business model in which they are comfortable. Also, several states have felt the need to “protect” taxpayers from getting stuck with the bill from a failed investment in municipal broadband. Despite the un-based assertion that most municipal broadband projects are financially successful, more than half of the projects have left bondholders and taxpayers with the debt from a poorly executed strategy.

The article fails to address that the FCC has no legal authority to override state law nor that it is not the government’s role in a capitalist society to enter the communications business. The article implies that municipalities have rights and freedoms to enter certain businesses. I do not recall anything in the Constitution granting municipalities any rights.

This article fails to present valid alternatives that the government could use to create a dynamic market for broadband services. Communities that see a third entrant, like Google Fiber, experience a improvement in services and lowering of prices. Municipal governments should learn from this experience and find ways that will entice additional players into a market. One way to do that is to build last-mile infrastructure and sell access to it to other service providers. Other ways are to eliminate franchise fees and other barriers to entry for other entrants. Of course all of these incentives need to be offered to the incumbents as well. Municipalities have other ways to create a competitive communications market without getting into the business themselves.

The telecom industry is putting many cities in a double bind: They won’t improve Internet service and are doing their very best to block a city’s right to do it themselves.

With Hollywood credits to its name such as Black Swan and Captain America, the film visual effects firm Exodus FX is an unlikely company to exist in Wilson, North Carolina, the 18th largest city in the state, with a population of 50,000.

But that’s where Exodus FX ended up after owner Tina Wallace decided to leave high-cost Los Angeles and move to a cheaper city closer to her family. First, she and her husband moved to West Virginia, where she’s from, but they found it impossible to do business in a place where uploading one short scene of film would take upwards of an hour. 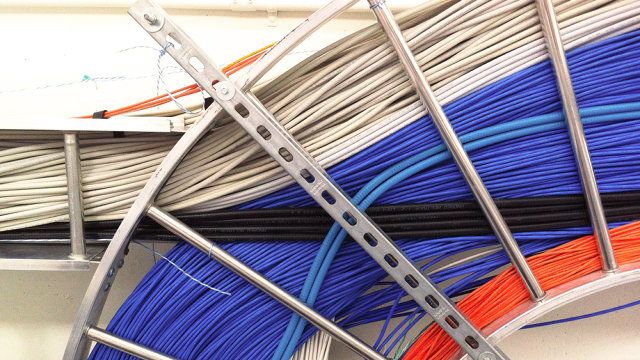 “The Internet situation in West Virginia is pretty dismal,” she remembers. Though she called companies in her service area inquiring about faster speeds, she says it was “a lot of trouble finding anyone that would provide the speeds that we needed, let alone at an affordable cost.” Providers told her there just wasn’t enough demand.

So Wallace decided to move again. She considered places like Kansas City, where Googleis installing its gigabit speed fiber service to compete with incumbents like AT&T and Time Warner, and Chattanooga, Tennessee, the first city in America to offer gigabit-per-secondbroadband speeds as a municipal utility service. Ultimately she settled on Wilson, where the city-owned utility Greenlight has been operating a fiber network since 2008.

Wallace’s story illustrates one of the major economic arguments that smaller cities like Wilson and Chattanooga make when touting the benefits of municipal broadband in places where private companies don’t prioritize or flat out refuse to build high-speed networks. Wilson started its competing service to attract new businesses and revive its flagging economy only after the local providers, Time Warner and CenturyLink, decline to work with the city to improve speeds.

Mark Milliman is a Principal Consultant at Inphotonics Research driving the adoption and assisting local governments to plan, build, operate, and lease access open-access municipal broadband networks. Additionally, he works with entrepreneurs and venture capitalists to increase the value of their intellectual capital through the creation of strategic product plans and execution of innovative marketing strategies. With more than 22 years of experience in the telecommunications industry that began at AT&T Bell Laboratories, Mark has built fiber, cable, and wireless networks around the world to deliver voice, video, and data services. His thorough knowledge of all aspects of service delivery from content creation to the design, operation, and management of the network is utilized by carriers and equipment manufacturers. Mark conceived and developed one of the industry's first multi-service provisioning platform and is multiple patent holder. He is active in the IEEE as a senior member. Mark received his B.S. in Electrical Engineering from Iowa State University and M.S. in Electrical Engineering from Carnegie Mellon University.
View all posts by Mark Milliman →
Tagged  broadband, FCC, FTTH, municipal broadband, states rights.
Bookmark the permalink.