Why Mark Cuban opposes net neutrality: ‘I want there to be fast lanes’ 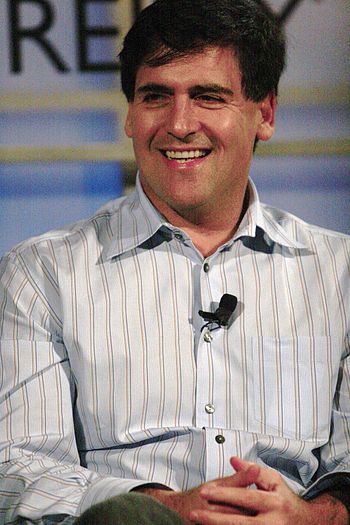 On his lively Twitter feed and in provocative blog comments, the entrepreneur has questioned the wisdom of the government treating broadband Internet as a kind of public infrastructure, as was recently called for by President Obama. That approach would require that Internet service providers to ensure they treat all content that flows through their networks more or less the same. Cuban’s biggest worry: that those rules, even if well-intentioned, could end up killing innovation.

If you only know the colorful Cuban from ABC’s “Shark Tank,” where hopeful entrepreneurs pitch him and other venture capitalists on their best business ideas, or his role as the NBA-agitating owner of the Dallas Mavericks, you might not know of his hard-earned technology chops. Cuban got his real professional start as a computer consultant, selling that company in 1992 to CompuServ for millions. He later helped grow a service for live online streaming of radio stations and sports events; he and a partner sold Broadcast.com to Yahoo in 1999 for $5.6 billion.

In an e-mail Q&A (Cuban’s preferred method of interviewing on topics like these), I asked Cuban how, exactly, the public should think about the preserving the Internet’s future. Cuban obliged, saying that he’s not motivated by figuring out how to keep selling the movies he produces or the television programming he stars in. Or, at least, not only that. “The promise of the Internet is not reruns of ‘Shark Tank’ or any movie or TV show,” he argued. “It’s that it’s a platform for creativity and innovation.”

Mark Milliman is a Principal Consultant at Inphotonics Research driving the adoption and assisting local governments to plan, build, operate, and lease access open-access municipal broadband networks. Additionally, he works with entrepreneurs and venture capitalists to increase the value of their intellectual capital through the creation of strategic product plans and execution of innovative marketing strategies. With more than 22 years of experience in the telecommunications industry that began at AT&T Bell Laboratories, Mark has built fiber, cable, and wireless networks around the world to deliver voice, video, and data services. His thorough knowledge of all aspects of service delivery from content creation to the design, operation, and management of the network is utilized by carriers and equipment manufacturers. Mark conceived and developed one of the industry's first multi-service provisioning platform and is multiple patent holder. He is active in the IEEE as a senior member. Mark received his B.S. in Electrical Engineering from Iowa State University and M.S. in Electrical Engineering from Carnegie Mellon University.
View all posts by Mark Milliman →
Tagged  common carrier, Internet, Internet service provider, ISP, Mark Cuban, net neutrality, regulation, telecom, telecom regulation, Title II.
Bookmark the permalink.