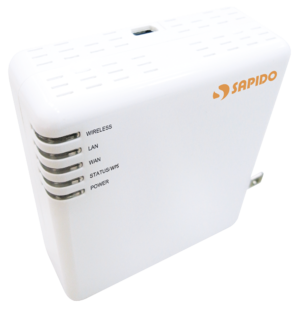 Here’s a warning about jumping too far onto the mobile broadband bandwagon. Selling it as an alternative to fixed broadband will fail in both the U.S and Europe. That’s according to a new survey from Analysys Mason.

The report, The Connected Consumer Survey 2: Mobile Broadband, says there is a strong, and correct, perception among consumers that mobile broadband is slower, less reliable and more expensive than fixed broadband. Seventy percent of those surveyed had that opinion. Where consumers have a choice between fixed and mobile broadband, mobile broadband, the report says, should not be sold as the primary means of access, but as a complement. Six-thousand consumers were interviewed for the study.

“The positive message for service providers is that customers have realistic expectations for mobile broadband, and are not taking it to be a direct equivalent to fixed broadband,” says Tom Rebbeck, research director at Analysys Mason and author of the report. “If they were, they would likely be disappointed. To sell mobile broadband as a substitute for fixed broadband would mean cutting prices while providing a poorer service – something that is unlikely to be satisfactory in the long term. About 13 percent of mobile broadband subscribers are already planning to drop the service. By comparison, less than 1 percent of subscribers intend to abandon their mobile voice service.”

The factors that might attract consumers who are not currently considering mobile broadband – price reductions and network improvements – would be costly to implement. Prices are already low in many markets and, given the cost pressure on mobile broadband, it is unlikely that operators will reduce them further, the report says.

END_OF_DOCUMENT_TOKEN_TO_BE_REPLACED

If consumers realize the mobile broadband is not a substitute for fixed broadband, then why are equipment vendors and some wireless proponents still pushing it for such?  The United States still does not allocate enough spectrum to provide a full range of broadband services wirelessly to an entire city.  It is a great solution for voice and data, but falls short for video especially HD and 3D.  Having said that there may be some applications in low density rural areas where wireless solutions are a cost-effective alternative to fiber.  In this case there will be fewer subscribers sharing the bandwidth which would be sufficient for voice, data, and IP-TV.  Wireless is a great solution for mobile applications and ones where a wired infrastructure is cost prohibitive…and consumers know that.

If consumers realize the mobile broadband is not a substitute for fixed broadband, then why are equipment vendors and some wireless proponents still pushing it for such?

Mark Milliman is a Principal Consultant at Inphotonics Research driving the adoption and assisting local governments to plan, build, operate, and lease access open-access municipal broadband networks. Additionally, he works with entrepreneurs and venture capitalists to increase the value of their intellectual capital through the creation of strategic product plans and execution of innovative marketing strategies. With more than 22 years of experience in the telecommunications industry that began at AT&T Bell Laboratories, Mark has built fiber, cable, and wireless networks around the world to deliver voice, video, and data services. His thorough knowledge of all aspects of service delivery from content creation to the design, operation, and management of the network is utilized by carriers and equipment manufacturers. Mark conceived and developed one of the industry's first multi-service provisioning platform and is multiple patent holder. He is active in the IEEE as a senior member. Mark received his B.S. in Electrical Engineering from Iowa State University and M.S. in Electrical Engineering from Carnegie Mellon University.
View all posts by Mark Milliman →
Tagged  Analysys Mason, broadband, Internet service provider, mobile broadband, wireless.
Bookmark the permalink.