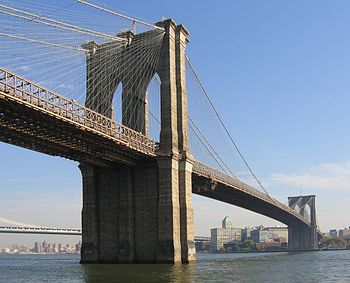 Brooklyn Fiber, a three-year-old five-person startup, is rolling out its gigabit broadband service this week in Industry City, the Brooklyn complex of former warehouse buildings under development in Sunset Park. That’s 20 times faster than existing download speeds in New York City, which average around 52 mbps, according to Ookla’s Speedtest.net service. Upload speeds average about 17 mbps.

The Internet service provider is charging $500 a month. Until now gigabit service has typically cost well north of $3,000 a month and is so rarely available that one IT consultant said he couldn’t talk gigabit pricing because none of his clients had ever used broadband speeds higher than 300 megabits per second.

That’s a far cry from Kansas City, where Google Fiber costs as low as $70 a month. But industry watchers say the market for super high-speed Internet service in New York is heating up. They expect prices to come down and service to expand to soon include residential users.

Mark Milliman is a Principal Consultant at Inphotonics Research driving the adoption and assisting local governments to plan, build, operate, and lease access open-access municipal broadband networks. Additionally, he works with entrepreneurs and venture capitalists to increase the value of their intellectual capital through the creation of strategic product plans and execution of innovative marketing strategies. With more than 22 years of experience in the telecommunications industry that began at AT&T Bell Laboratories, Mark has built fiber, cable, and wireless networks around the world to deliver voice, video, and data services. His thorough knowledge of all aspects of service delivery from content creation to the design, operation, and management of the network is utilized by carriers and equipment manufacturers. Mark conceived and developed one of the industry's first multi-service provisioning platform and is multiple patent holder. He is active in the IEEE as a senior member. Mark received his B.S. in Electrical Engineering from Iowa State University and M.S. in Electrical Engineering from Carnegie Mellon University.
View all posts by Mark Milliman →
Tagged  broadband, Brooklyn Fiber, Federal Communications Commission, FTTH, Internet service provider, ISP, New York City, telecom.
Bookmark the permalink.