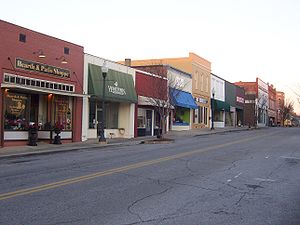 WASHINGTON August 11, 2010- The Alabama town of Opelika has decided to set up its own cable television and internet network.

The town voted in a referendum aimed at providing some competition to Charter Communications; the town’s only ISP.

“We all worked very hard on this,” Mayor Gary Fuller said. “We heard the cry of our citizens about competition for Charter and know the importance of this to economic development that this fiber and high speed Internet will provide as well as the value of improving our existing smart grid system.”

The council will now setup a bid outline for the project.

Congratulations Opelika! You have completed the first step in your quest for a municipal broadband network. You should consider building open-access infrastructure and solicit different service providers to utilize the network. This direction will not only be less burdensome to finance, but will create competition and choice in your community.

Mark Milliman is a Principal Consultant at Inphotonics Research driving the adoption and assisting local governments to plan, build, operate, and lease access open-access municipal broadband networks. Additionally, he works with entrepreneurs and venture capitalists to increase the value of their intellectual capital through the creation of strategic product plans and execution of innovative marketing strategies. With more than 22 years of experience in the telecommunications industry that began at AT&T Bell Laboratories, Mark has built fiber, cable, and wireless networks around the world to deliver voice, video, and data services. His thorough knowledge of all aspects of service delivery from content creation to the design, operation, and management of the network is utilized by carriers and equipment manufacturers. Mark conceived and developed one of the industry's first multi-service provisioning platform and is multiple patent holder. He is active in the IEEE as a senior member. Mark received his B.S. in Electrical Engineering from Iowa State University and M.S. in Electrical Engineering from Carnegie Mellon University.
View all posts by Mark Milliman →
Tagged  Alabama, Broadband Internet access, Economic development, Internet service provider, municpal broadband, Opelika.
Bookmark the permalink.