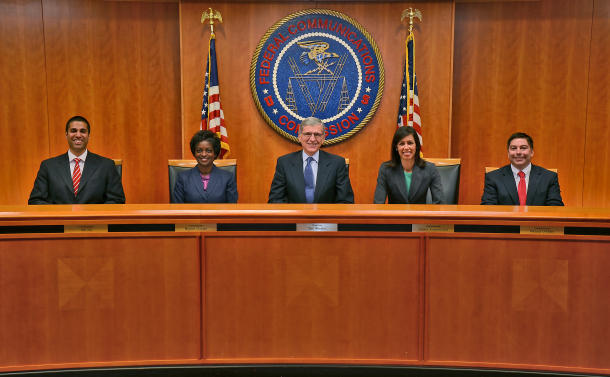 As politicians put on the pressure, Federal Communications Commission chairman Tom Wheeler says he’s about to reveal his plan for keeping the Internet open for everyone.

On Monday during a speech at the University of Colorado Law School, Wheeler said that the FCC, which suffered a legal defeat last month when a federal appeals court threw out its Open Internet rules, is working on a plan that will re-instate Net neutrality protections. Wheeler indicated that the agency was encouraged by the court’s decision, which rejected the regulation on a legal technicality, but upheld the agency’s authority to regulate broadband networks to encourage adoption and investment. He said details would be made public soon.

“In its Verizon v. FCC decision, the Court of Appeals invited the Commission to act to preserve a free and open Internet,” he said. “I accept that invitation, and in the coming days, I will be outlining how I propose to proceed.”

The plan can’t come soon enough for Democrats in Congress, who have been pushing for action. On Tuesday, five leading Democrats in the US Senate sent a letter to the FCC. Sens. Al Franken (D-Minn.), Ron Wyden (D-Ore.), Jeff Merkley (D-Ore.), Ed Markey (D-Mass.), and Richard Blumenthal (D-Conn.) urged the agency “to act with expediency.” They went onto say that, “Consumers, entrepreneurs and innovators deserve to know their right to view or use the content and services of their choice online will be protected.”

This comes on the heels of legislation drafted by Democrats in both the House of Representatives and the Senate that would temporarily re-instate the FCC’s Net neutrality rules until the agency can craft its own solution that will stand up to judicial scrutiny in the courts.

Mark Milliman is a Principal Consultant at Inphotonics Research driving the adoption and assisting local governments to plan, build, operate, and lease access open-access municipal broadband networks. Additionally, he works with entrepreneurs and venture capitalists to increase the value of their intellectual capital through the creation of strategic product plans and execution of innovative marketing strategies. With more than 22 years of experience in the telecommunications industry that began at AT&T Bell Laboratories, Mark has built fiber, cable, and wireless networks around the world to deliver voice, video, and data services. His thorough knowledge of all aspects of service delivery from content creation to the design, operation, and management of the network is utilized by carriers and equipment manufacturers. Mark conceived and developed one of the industry's first multi-service provisioning platform and is multiple patent holder. He is active in the IEEE as a senior member. Mark received his B.S. in Electrical Engineering from Iowa State University and M.S. in Electrical Engineering from Carnegie Mellon University.
View all posts by Mark Milliman →
Tagged  FCC, Federal Communication Commission, net neutrality, University of Colorado Law School.
Bookmark the permalink.