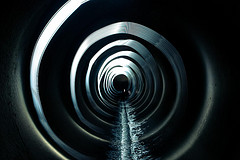 Quincy [IL] and a United Kingdom-based company remain in contact in hopes of reaching an agreement to install a fiber-optic network throughout the city.

The City Council approved a pilot project in September that allowed the company to install 1,300 feet of fiber-optic cable in municipal sewer lines along South 46th Street.

The cable is laid on the bottom of sewers and anchored down with mats, a process that has been used in the UK.

“The pilot was successful, and we are in discussions now with the city of Quincy to make Quincy the first fibercity in the U.S.,” said Richard Tauberman, spokesman for i3 America. “We’re hopeful that in the coming weeks that we can begin work.”

Chuck Bevelheimer, the city’s director of planning and development, said negotiations have not started yet, and the city needed to check one more reference.

The sewer lines were filmed prior to the installation and reviewed after it was installed for the 30-day pilot project.

“We’ve reviewed tapes … and generally speaking there is some sedimentation that the engineering and utility departments have associated with the fiber and there’s discussion about ways that if we go forward with an agreement that we’re going to want to mitigate that in the agreement,” Bevelheimer said.

“In other words, as part of our negotiations, we want to have a discussion on how we’re going to address that whether it’s equipment or our annual service schedule have to change.”

Any costs associated with sedimentation would be negotiated as the city and i3 America work toward an agreement.

The company originally made initial contact with the city through aldermen Paul Havermale and Kyle Moore through their 3rd Ward website.

Officials with i3 told the city’s Central Services Committee in September that the lines installed would offer a standard service of up to 100 megabits a second, 10 times as fast as a typical cable connection. It could be boosted to up to 1 gigabit a second.

Fiber-optic service would be delivered to homes at no cost, and service providers would offer service such as cable, Internet and phone through the network.

The company recently completed installation of a citywide fiber-optic network for 68,000 homes and businesses in Dundee, Scotland.

Mark Milliman is a Principal Consultant at Inphotonics Research driving the adoption and assisting local governments to plan, build, operate, and lease access open-access municipal broadband networks. Additionally, he works with entrepreneurs and venture capitalists to increase the value of their intellectual capital through the creation of strategic product plans and execution of innovative marketing strategies. With more than 22 years of experience in the telecommunications industry that began at AT&T Bell Laboratories, Mark has built fiber, cable, and wireless networks around the world to deliver voice, video, and data services. His thorough knowledge of all aspects of service delivery from content creation to the design, operation, and management of the network is utilized by carriers and equipment manufacturers. Mark conceived and developed one of the industry's first multi-service provisioning platform and is multiple patent holder. He is active in the IEEE as a senior member. Mark received his B.S. in Electrical Engineering from Iowa State University and M.S. in Electrical Engineering from Carnegie Mellon University.
View all posts by Mark Milliman →
Tagged  Fiber Optic, i3 America, Illinois, municipal broadband, municipal fiber, Quincy, sewer.
Bookmark the permalink.