S.F. Plans to Speed Up Installation of Fiber Optic Network 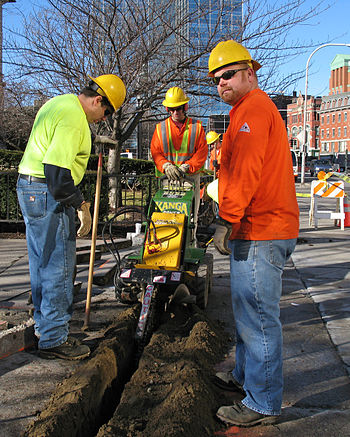 A plan that goes before San Francisco supervisors next week would speed up the installation of a fiber optic network in the city.

Under the proposal, the city’s Department of Technology would be required in many instances to make sure conduits for a fiber network are installed when trenches are dug for electrical or sewer work, according to a story in the San Francisco Examiner.

The goal, city officials say, is to expand the existing fiber network to provide a strong, quick wireless Internet service throughout the city.

The “dig once” proposal was approved Monday by the supervisors’ Land Use and Economic Development Committee.

Mark Milliman is a Principal Consultant at Inphotonics Research driving the adoption and assisting local governments to plan, build, operate, and lease access open-access municipal broadband networks. Additionally, he works with entrepreneurs and venture capitalists to increase the value of their intellectual capital through the creation of strategic product plans and execution of innovative marketing strategies. With more than 22 years of experience in the telecommunications industry that began at AT&T Bell Laboratories, Mark has built fiber, cable, and wireless networks around the world to deliver voice, video, and data services. His thorough knowledge of all aspects of service delivery from content creation to the design, operation, and management of the network is utilized by carriers and equipment manufacturers. Mark conceived and developed one of the industry's first multi-service provisioning platform and is multiple patent holder. He is active in the IEEE as a senior member. Mark received his B.S. in Electrical Engineering from Iowa State University and M.S. in Electrical Engineering from Carnegie Mellon University.
View all posts by Mark Milliman →
Tagged  broadband, municipal broadband, Municipal wireless network, Optical fiber, San Francisco.
Bookmark the permalink.