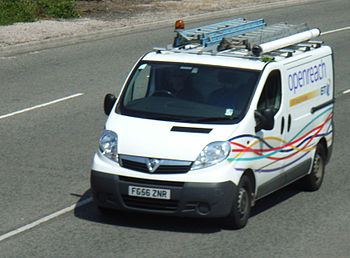 UK service providers Sky and TalkTalk and fiber to the home (FTTH) infrastructure company CityFibre say they will create a new company that will deliver 1-Gbps broadband services in the City of York, as well as two other locations that they will reveal later.

The joint venture will leverage CityFibre’s existing metro fiber infrastructure in York and systems from Fujitsu (see“CityFibre, Fujitsu form UK FTTH engineering alliance”). Once FTTH extensions are in place, Sky and TalkTalk will retail competing broadband services over the fiber-optic network. The partners expect to begin connecting customers to the FTTH network in 2015.

The parties say the project will enable them to test what they describe as “a new cost-effective approach to building a viable pure fiber network, independent from BT Openreach’s infrastructure.” The companies did not provide details of the service mix or pricing.

“TalkTalk has a long history and proven track record of disrupting new markets, and this is the next step in that journey,” said Dido Harding, chief executive of TalkTalk Group. “We are excited to be working in partnership with Sky and CityFibre to build this new network that will offer significantly higher speeds at much better value than is currently available. This marks TalkTalk taking its first steps into investing in building infrastructure as part of our mission to make British homes and businesses better off.”

“Increased competition in the broadband market has brought benefits to millions of households who now enjoy better quality and value of service,” added Stephen van Rooyen, managing director of Sky’s Sales, Marketing and Brand Group. “Sky has led the growth of the sector since the launch of Sky Broadband, becoming the UK’s favorite provider of TV, broadband, and home phone, and we see plenty of opportunity to continue to develop our offering. This trial will help us understand the potential for cutting-edge technology to help us give customers an even better quality of service and we’re looking forward to working in partnership with TalkTalk and CityFibre.”

Concluded Greg Mesch, chief executive of CityFibre, “As a business that believes in the transformative potential of pure fiber infrastructure and gigabit speeds to stimulate growth and innovation, this partnership is great news for UK plc. Working with two of the largest and most forward-thinking service providers in the UK we will continue to extend our existing metro fiber infrastructure and introduce a new generation of gigabit speed services to homes and businesses.”

Mark Milliman is a Principal Consultant at Inphotonics Research driving the adoption and assisting local governments to plan, build, operate, and lease access open-access municipal broadband networks. Additionally, he works with entrepreneurs and venture capitalists to increase the value of their intellectual capital through the creation of strategic product plans and execution of innovative marketing strategies. With more than 22 years of experience in the telecommunications industry that began at AT&T Bell Laboratories, Mark has built fiber, cable, and wireless networks around the world to deliver voice, video, and data services. His thorough knowledge of all aspects of service delivery from content creation to the design, operation, and management of the network is utilized by carriers and equipment manufacturers. Mark conceived and developed one of the industry's first multi-service provisioning platform and is multiple patent holder. He is active in the IEEE as a senior member. Mark received his B.S. in Electrical Engineering from Iowa State University and M.S. in Electrical Engineering from Carnegie Mellon University.
View all posts by Mark Milliman →
Tagged  broadband, broadband access, Fiber to the x, Openreach, Sky Broadband, TalkTalk Group.
Bookmark the permalink.