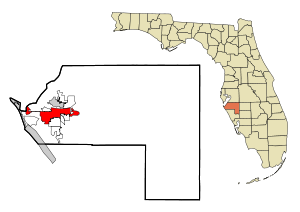 Until recently, Internet providers like Myakka Technologies were the low men on the totem pole.

Based in the unincorporated eastern Manatee County community of Myakka City, which has no stoplight to its name, this little company has only been able to exist because the big players — Verizon, Comcast and Bright House — had no interest in providing high-speed Internet service to the low-density rural byway.

But something big just happened for Myakka Technologies, the same thing that happened to tiny Indiantown Telephone Co. in Martin County, on Florida’s east coast.

The federal government came to the rescue with dollars from the economic stimulus designed to pay for beefing up country folks’ ability to access broadband.

Indiantown, with the federal financing, is already going all-fiber in western Martin.

Following closely on its heels, Myakka Technologies is now completing the paperwork on an $8 million government award and loan that will give this rural area — it is roughly equidistant from Bradenton and Sarasota — one of the speediest Internet networks in the nation.

For Indiantown Telephone, the all-fiber network-in-the-making has led to something even more unusual by Florida standards — a cooperative effort by the provider and local government to build a countywide broadband network that will be shared by both.

Martin County will piggyback on Indiantown’s fiber to get to schools and fire departments out west.

END_OF_DOCUMENT_TOKEN_TO_BE_REPLACED

Mark Milliman is a Principal Consultant at Inphotonics Research driving the adoption and assisting local governments to plan, build, operate, and lease access open-access municipal broadband networks. Additionally, he works with entrepreneurs and venture capitalists to increase the value of their intellectual capital through the creation of strategic product plans and execution of innovative marketing strategies. With more than 22 years of experience in the telecommunications industry that began at AT&T Bell Laboratories, Mark has built fiber, cable, and wireless networks around the world to deliver voice, video, and data services. His thorough knowledge of all aspects of service delivery from content creation to the design, operation, and management of the network is utilized by carriers and equipment manufacturers. Mark conceived and developed one of the industry's first multi-service provisioning platform and is multiple patent holder. He is active in the IEEE as a senior member. Mark received his B.S. in Electrical Engineering from Iowa State University and M.S. in Electrical Engineering from Carnegie Mellon University.
View all posts by Mark Milliman →
Tagged  Broadband Internet access, florida, Internet service provider, municipal broadband.
Bookmark the permalink.