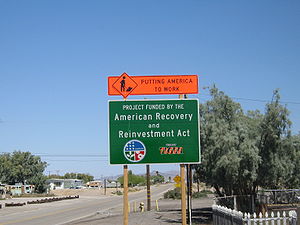 That’s how Socket Telecom is touting the fiber-optic network it’s set to build in central Callaway County and a sliver of eastern Boone County.

This month the US Department of Agriculture awarded Socket a $16.6 million grant and a $7.1 million loan under the federal American Recovery and Reinvestment Act of 2009. Within the next 90 days, Socket will use that money to start building a fiber-optic network capable of serving more than 3,000 homes and businesses.

In the process, Socket will change as a company.

Until now, Socket has owned only bits and pieces of networks and resold access to networks owned by operators such as CenturyLink.

Socket will own the fiber-to-the-home network that it is building. The fast-growing, 16-year-old Columbia company, which has about 100 employees, also said it might bid for similar projects next year.

Although the federal program’s goal is to increase broadband access in rural towns and other underserved areas, Socket is free to use the network for other services, including TV, a new market segment for the company. By offering a package of phone, TV and broadband — known in the industry as a “triple play” — Socket hopes to attract more revenue and customers than if it offered only one or two services.

“We feel that will improve the take rate by having a triple play,” said Carson Coffman, Socket’s co-owner and vice president of sales and marketing.

The funding comes with a few strings attached. For example, if another service provider wants to lease Socket’s new network to offer competing services, Socket has to provide access.

Mark Milliman is a Principal Consultant at Inphotonics Research driving the adoption and assisting local governments to plan, build, operate, and lease access open-access municipal broadband networks. Additionally, he works with entrepreneurs and venture capitalists to increase the value of their intellectual capital through the creation of strategic product plans and execution of innovative marketing strategies. With more than 22 years of experience in the telecommunications industry that began at AT&T Bell Laboratories, Mark has built fiber, cable, and wireless networks around the world to deliver voice, video, and data services. His thorough knowledge of all aspects of service delivery from content creation to the design, operation, and management of the network is utilized by carriers and equipment manufacturers. Mark conceived and developed one of the industry's first multi-service provisioning platform and is multiple patent holder. He is active in the IEEE as a senior member. Mark received his B.S. in Electrical Engineering from Iowa State University and M.S. in Electrical Engineering from Carnegie Mellon University.
View all posts by Mark Milliman →
Tagged  broadband, Broadband Internet access, CenturyLink, FiberOptic, Missouri, Optical fiber, rural broadband, socket, Telecommunication.
Bookmark the permalink.