The results of a study commissioned by the Tennessee Department of Economic and Community Development (TNECD) to evaluate broadband access throughout the state may encourage state lawmakers to rethink long-stalled legislation when the 110th General Assembly convenes in January. 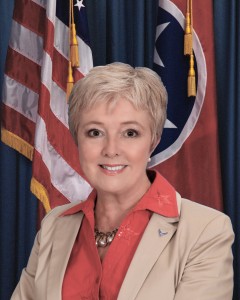 The vast majority of those without access, the study found, are located in rural regions of the state: while 98 percent of urban residents in Tennessee have access to qualifying service, only 66 percent of those in rural areas do.

State Sen. Janice Bowling (R-Tullahoma), who has argued for years that such a disparity exists, met with TNECD Commissioner Randy Boyd late last month when the study’s findings were released.

“He said the survey validated my assertions,” said Bowling.

The study not only confirmed that rural Tennessee does not have access to affordable, dependable broadband; it also pointed out that the areas without access are “largely lower density areas, for which a business case may be weak.”

That’s another point Bowling has repeatedly made in the state legislature, where for more than seven years she has championed an effort to change state law to allow municipal broadband providers to extend their service into rural areas that are unserved or underserved by commercial providers.

Mark Milliman is a Principal Consultant at Inphotonics Research driving the adoption and assisting local governments to plan, build, operate, and lease access open-access municipal broadband networks. Additionally, he works with entrepreneurs and venture capitalists to increase the value of their intellectual capital through the creation of strategic product plans and execution of innovative marketing strategies. With more than 22 years of experience in the telecommunications industry that began at AT&T Bell Laboratories, Mark has built fiber, cable, and wireless networks around the world to deliver voice, video, and data services. His thorough knowledge of all aspects of service delivery from content creation to the design, operation, and management of the network is utilized by carriers and equipment manufacturers. Mark conceived and developed one of the industry's first multi-service provisioning platform and is multiple patent holder. He is active in the IEEE as a senior member. Mark received his B.S. in Electrical Engineering from Iowa State University and M.S. in Electrical Engineering from Carnegie Mellon University.
View all posts by Mark Milliman →
Tagged  broadband, FTTH, Internet access, Janice Bowling, municipal access, municipal broadband, Rural area, rural broadband, Tennessee, Tennessee broadband.
Bookmark the permalink.