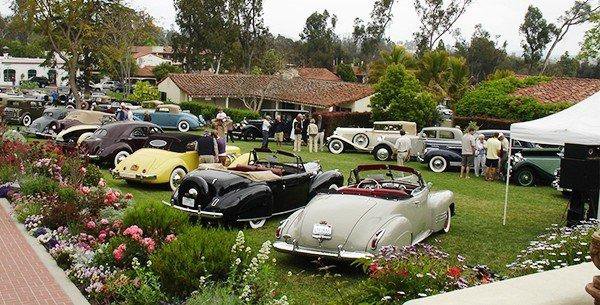 A flirtation with socialism in uber-capitalist Rancho Santa Fe could influence how telecommunications service is delivered to the rest of us in San Diego County.

On Thursday, the elected board that oversees land use in the wealthy rural enclave took a step toward building a super-fast, fiber-optic communications system that would reach each home and business. Here’s the twist: The system would be financed and owned by the public, with a telecom firm building and managing the network as a hired hand.

Internet speeds would start at 1 gigabits (1 billion bits) per second and top out at 10 gbps, or roughly 850 times the average U.S. connection of 11.7 megabits per second.

At the standard 1 gbps in the Ranch — costing residents a projected $130 a month — it’s enough horsepower to support seamless Internet on multiple devices, plus phone calls, home security and video conferences, as well as stream TV shows in 4K ultra-high-definition quality that movie theaters use.

As a tightwad who gets by nicely on $60 a month for 50 mbps from Cox Communications, my first impulse is to wonder what all the fuss is about.

But this story isn’t just about one of the nation’s wealthiest communities writing checks for better service. If the Ranch can pull this off, we’d also suddenly have a shining example of effective government infrastructure policy — plus a new source of competition for the cable industry in San Diego County.

Mark Milliman is a Principal Consultant at Inphotonics Research driving the adoption and assisting local governments to plan, build, operate, and lease access open-access municipal broadband networks. Additionally, he works with entrepreneurs and venture capitalists to increase the value of their intellectual capital through the creation of strategic product plans and execution of innovative marketing strategies. With more than 22 years of experience in the telecommunications industry that began at AT&T Bell Laboratories, Mark has built fiber, cable, and wireless networks around the world to deliver voice, video, and data services. His thorough knowledge of all aspects of service delivery from content creation to the design, operation, and management of the network is utilized by carriers and equipment manufacturers. Mark conceived and developed one of the industry's first multi-service provisioning platform and is multiple patent holder. He is active in the IEEE as a senior member. Mark received his B.S. in Electrical Engineering from Iowa State University and M.S. in Electrical Engineering from Carnegie Mellon University.
View all posts by Mark Milliman →
Tagged  broadband, Cox Communications, FTTH, Internet, Internet service provider, municipal access, municipal broadband, municipal internet, Public–private partnership, Rancho Santa Fe.
Bookmark the permalink.