VDSL additions to quadruple by 2014 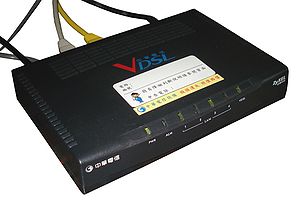 The number of new subscribers to VDSL-based broadband services will almost quadruple by 2014 as more competitors start to ramp up their support for the technology, according to reports from IHS iSuppli.

“The telco broadband market is undergoing a seismic shift,” said Lee Ratliff, senior analyst for broadband and digital home at IHS.  “Newer technologies such as VDSL and Fibre-to-the-Home (FTTH) have begun to emerge, while interest is waning within the industry for traditional broadband technologies like cable and asymmetric digital subscriber line (ADSL).”

Meanwhile, consumers are also demonstrating a willingness to adopt the latest technology in order to get faster access to content, according to IHS iSuppli, with a number of services such as IPTV and online gaming now potentially being used at the same time within one home, making it more likely that connections of 50 to 100 Mbps will be standard in the future.

The VDSL semiconductor market is believed to have become much more competitive in the past year: while Ikanos Communications continues to lead with a 55% market share, that figure is estimated to have slipped from 75% only one year ago, with this trajectory predicted to continue.  IHS iSuppli states that as Ikanos lacks the intellectual property to create a single-chip gateway solution, it has instead centred its focus on advanced VDSL technology such as vectoring and bonding.

This strategy will continue to supply the company with the most advanced technology, according to the report, but does however also mean that without having an integration roadmap, the door has also opened for competitors Broadcom and Lantiq to grab market share.  Furthermore, a new competitor – Ralink Technology – is expected to bring a VDSL chip to the market in the first quarter of 2011, following its acquisition of ADSL chip maker TrendChip Technologies.

IHS iSuppli predicts that VDSL chipset pricing is likely to decline in the coming years, thereby increasing integration of the technology among broadband suppliers and consumers – in direct contrast to ADSL, which is believed to be unlikely to see any further declines in the average selling price of its chipsets.  The decline in VDSL pricing is expected to result in rapidly-decreasing average selling prices and innovation among chipset features.

END_OF_DOCUMENT_TOKEN_TO_BE_REPLACED

VDSL is an effective way to bandwidth a few hundred feet to customers as long as the speeds are below 100 Mbit/s.  It essentially can be used to drive fiber to the curb.  Even if they push the technology further they will not get enough bandwidth to satisfy long-term bandwidth needs.  The main market for it is telcos that already own a copper plant and want to minimize capital investment.  AT&T’s U-verse network is built using DSL technology to reach the customer over the last few hundred feet.  The CATV plant will deliver much more bandwidth utilizing DOCSIS 3.0 which will not make the telco a long-term viable competitor.  Anyone considering a new build should not consider VDSL based on these limitations.

Mark Milliman is a Principal Consultant at Inphotonics Research driving the adoption and assisting local governments to plan, build, operate, and lease access open-access municipal broadband networks. Additionally, he works with entrepreneurs and venture capitalists to increase the value of their intellectual capital through the creation of strategic product plans and execution of innovative marketing strategies. With more than 22 years of experience in the telecommunications industry that began at AT&T Bell Laboratories, Mark has built fiber, cable, and wireless networks around the world to deliver voice, video, and data services. His thorough knowledge of all aspects of service delivery from content creation to the design, operation, and management of the network is utilized by carriers and equipment manufacturers. Mark conceived and developed one of the industry's first multi-service provisioning platform and is multiple patent holder. He is active in the IEEE as a senior member. Mark received his B.S. in Electrical Engineering from Iowa State University and M.S. in Electrical Engineering from Carnegie Mellon University.
View all posts by Mark Milliman →
Tagged  Asymmetric Digital Subscriber Line, broadband, DSL, Fiber to the x, Very-high-bitrate digital subscriber line.
Bookmark the permalink.