The big news in the story was that this network will be open access, but Lightwave glossed over that point.  Even though Vodafone will be one of the premiere service providers, other service providers can also lease capacity on the network infrastructure from ESB.  This model should be emulated in many other areas of the world to promote broadband competition.  It would reduce the chatter over net neutrality in the U.S. if we saw more open access broadband networks. 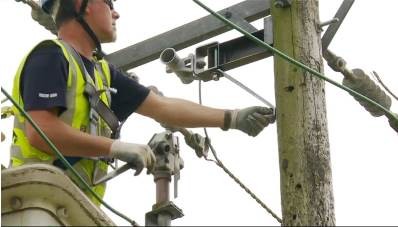 Irish power utility ESB has selected Vodafone as its partner on a €450 million project to deploy an open-accessfiber to the building (FTTB) network across Ireland. The fiber-optic network initially will reach 500,000 premises in 50 towns, leveraging ESB’s existing overhead and underground infrastructure.The FTTB network will deliver download rates of 200 Mbps to 1 Gbps, the partners say. This will represent a significant upgrade for most subscribers, based on data from Irish telecommunications regulator ComReg that indicates 43% of fixed-line broadband users in Ireland receive speeds of less than 10 Mbps. Continue reading