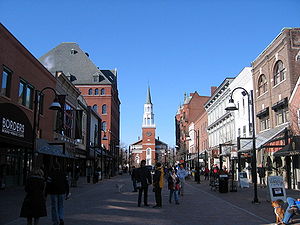 Dave Gram of the Associated Press takes a rather myopic look at municipal fiber operations, noting that the now 70 such operations now make up about 3% of the U.S. fiber to the home business — the remaining majority of course owned by Verizon’s FiOS service. Like any business, some of these operations succeed and some fail — some are based on sound financial logic and some aren’t. The AP decides to specifically focus on the failures of Burlington, Vermont‘s Burlington Telecom — whose $50 million in debt and looming Federal investigation the AP declares is a “cautionary tale” for cities interested in wiring themselves for broadband: