Come on baby, light my fiber 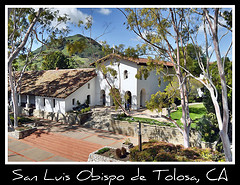 When Google announced in February 2010 that it was launching a competitive experiment to bring ultra high-speed broadband networks to a small number of trial locations throughout the United States via fiber-optic lines, its intention wasn’t to break into the service-provider business.

The Internet-search giant was attempting to promote awareness of high-speed fiber, test new ways to build fiber networks, and explore the creative potential ultra-high-speed Internet service carries for developers and consumers—the potential, for example, to create new bandwidth-intensive “killer apps” and services and other uses not yet imagined.

This is according to Google Spokesman Dan Martin, who said that beyond the capability to Skype with pristine quality or back up massive files in mere seconds, fiber-optic networks offer significant benefits for the entire community. But don’t take his word for it; the studies are in.

What does the Google Fiber competition have to do with the Central Coast? Rumor has it we didn’t win—Google has promised to announce the lucky community sometime later this year—so why twist the dagger? A local telecommunications firm is awaiting word as to whether it has the green light for a joint public-private project, meaning the federal government may have selected SLO County to be the proud recipient of a hefty grant to craft a fiber-optic infrastructure.

And unbeknownst to most local residents, the area already has one leg up on the competition: The region is the country’s westernmost hub for trans-Pacific fiber lines connecting directly to locations in Asia and Australia.

Fiber-optic technology is nothing new in the tech world. After all, beams of light have been shooting through strands of fiber for more than 20 years. What has improved are the electronics that transmit and receive the information at either end.

Underground fiber lines have a lot of advantages over the less effective, soon-to-be obsolete copper wire in use for decades for the same purpose. The most obvious of these advantages is speed. For perspective, the speed of a T-1 connection found in a typical office runs at an average of 1.5 megabits per second (mbps). Fiber connections can run anywhere from 1,000 to 10,000 mbps. They’re not electrical connections, and unlike copper, aren’t susceptible to shortages and outages from moisture. Short of a physical break in the line, fiber can last much longer than copper.

END_OF_DOCUMENT_TOKEN_TO_BE_REPLACED

Mark Milliman is a Principal Consultant at Inphotonics Research driving the adoption and assisting local governments to plan, build, operate, and lease access open-access municipal broadband networks. Additionally, he works with entrepreneurs and venture capitalists to increase the value of their intellectual capital through the creation of strategic product plans and execution of innovative marketing strategies. With more than 22 years of experience in the telecommunications industry that began at AT&T Bell Laboratories, Mark has built fiber, cable, and wireless networks around the world to deliver voice, video, and data services. His thorough knowledge of all aspects of service delivery from content creation to the design, operation, and management of the network is utilized by carriers and equipment manufacturers. Mark conceived and developed one of the industry's first multi-service provisioning platform and is multiple patent holder. He is active in the IEEE as a senior member. Mark received his B.S. in Electrical Engineering from Iowa State University and M.S. in Electrical Engineering from Carnegie Mellon University.
View all posts by Mark Milliman →
Tagged  Broadband Internet access, Google Fiber for Communities, Internet service provider, municipal broadband, Optical fiber, San Luis Obispo, Telecommunication.
Bookmark the permalink.