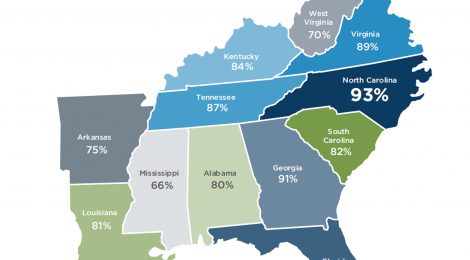 According to FCC data, 93 percent of North Carolina is connected through a combination of anchor institution networks, private providers, and municipal broadband. However, the plan shows that more work needs to be done to connect rural communities. Continue reading

Despite government programs, national broadband plans, billions in subsidies and a lot of recent hype paid to gigabit services like Google Fiber, U.S. broadband is actually getting less competitive than ever before across a huge swath of the country. Companies like AT&T and Verizon have beenbacking away from unwanted DSL networks they simply don’t want to upgrade. In some cases this involves selling these assets to smaller telcos (who take on so much debt they can’t upgrade them either), but in many markets this involves actively trying to drive customers away via either rate hikes or outright neglect.

As an end result, the nation’s biggest cable companies are enjoying a larger monopoly in many markets than ever before as they hoover up those fleeing customers. According to the latest postmortem of 2015 subscriber totals, the seventeen largest broadband providers acquired 3.1 million broadband subscribers last year. But if you look at the numbers more closely, you’ll notice that nearly all of them were acquired by the cable industry: Continue reading

The National Digital Inclusion Alliance today releases two new rankings of America’s “25 Worst-Connected Cities in 2014” — for all households, and for households with annual incomes below $35,000.

WASHINGTON, November 9, 2010 –  After a year of data crunching and analysis, the Commerce Department has released a report titled “Exploring the Digital Nation Home Broadband Internet Adoption in the United States,” concluding that a digital divide still exists but is decreasing.

Yet almost one-fourth of all households did not have a single internet user. The study found that income and education have some of the most significant factors in determining if users have broadband at home. Additionally, cost remained one of the main reasons why users do not upgrade to broadband. 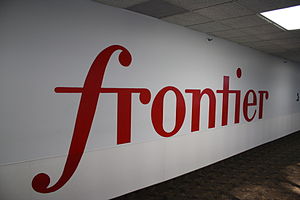 Rural CSP Frontier Communications plans to spend $40 million to expand broadband in Illinois in 2011.  This move is part of Frontier’s goal to provide 85% of its Illinois customers with broadband by 2013.

Frontier recently acquired $8.6 billion in wireline assets from Verizon, and now provides service to 670,000 phone and Internet customers in primarily rural Illinois. The $40 million investment in represents a three-fold increase over Verizon’s investment plan for the region.

I applaud the Commission for actually being bold enough to state that 200 Kbit/s is not broadband, although I contend that 4 Mbit/s is not a substantial definition beyond this year.  The point is that the FCC is actually trying to be a bit forward looking minus the two commissioners that seem bent on serving a different master.  One of the reasons that consumers opt for lower speed is the cost of higher speed services is out of their budget range.  The price per bit for broadband in many areas ranks as some of the most costly transport in the world.

After upgrading its standard definition of broadband to 4 Mbit/s, the Federal Communications Commission (FCC) says in its annual broadband deployment report that the prospects for getting high-speed Internet access to 14 to 24 million Americans in poor or rural areas that lack it are “bleak.”

When the FCC began issuing its annual broadband deployment reports in 2004, it set the standard for broadband Internet access at 200 Kbit/s. In the report it issued Wednesday, the commission says that it doesn’t consider a household a broadband-connected home unless it has a high-speed Internet connection with a minimum download speed of 4 Mbit/s and upstream speed of 1 Mbit/s. (See FCC: Up to 24M Lack Broadband Access.)