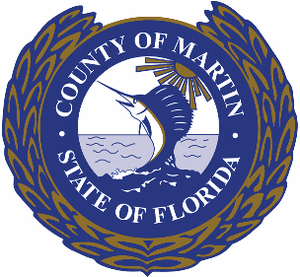 Such is the posture Martin County commissioners should take toward the possibility of commercializing the county’s soon-to-be-installed broadband network.

Recently, commissioners voted 5-0 to spend $100,000 for expert advice to learn how the network could generate revenue and promote economic development and job creation.

In April, the County Commission and county School Board decided to build a broadband cable network. What prompted the decision? Comcast proposed raising rates for access to its dark fiber network to more than $1 million in 2013.

Installation of the county’s Community Broadband Network began two weeks ago and is scheduled for completion later this year. The new system will serve all public entities in Martin County.

Now, commissioners are exploring the possibility of doing what dozens of other governments across the country have done: install broadband networks and sell cable services directly to businesses and homeowners.

There are divergent schools of thought regarding the economic viability of municipal broadband systems. One school of thought is summarized in the October 2009, publication by the Fiber-to-the-Home Council of North America: “Municipal (fiber-to-the-home) systems have generally been successful to date. In some cases, as expected projects have had to deviate from their original business plans in order to respond to realities and ensure success in the field. A number of systems have far exceeded original expectations, while a few others are behind early expectations.”

The contrarian view is summarized in the Jan. 6 article, “Government-owned Broadband networks make a bad budget worse,” published by the Free State Foundation, a non-profit, nonpartisan think tank in Maryland: “As local governments enter 2011 facing hard choices about how to balance their budgets, they should recognize that undertaking municipal broadband projects will almost certainly make their money problems worse.

END_OF_DOCUMENT_TOKEN_TO_BE_REPLACED

The author makes a valid point about proceeding with caution.  Any municipality considering building its own broadband network for public use must thoroughly think through the needs and feasibility of building such a network.  Most municipalities do not have the expertise to enter into such an endeavor from the technical, planning, financial, and marketing perspectives.  That is why we recommend that municipalities work with private enterprises that have the experience and expertise to make them successful.  Additionally the service providers have the customer relationships, services, maintenance capabilities, and technical know-how to provide business and residential services.  We typically recommend that municipalities build open-access last-mile networks and sell fibers and capacity to service providers.  That business model has proven to be the most successful.

Mark Milliman is a Principal Consultant at Inphotonics Research driving the adoption and assisting local governments to plan, build, operate, and lease access open-access municipal broadband networks. Additionally, he works with entrepreneurs and venture capitalists to increase the value of their intellectual capital through the creation of strategic product plans and execution of innovative marketing strategies. With more than 22 years of experience in the telecommunications industry that began at AT&T Bell Laboratories, Mark has built fiber, cable, and wireless networks around the world to deliver voice, video, and data services. His thorough knowledge of all aspects of service delivery from content creation to the design, operation, and management of the network is utilized by carriers and equipment manufacturers. Mark conceived and developed one of the industry's first multi-service provisioning platform and is multiple patent holder. He is active in the IEEE as a senior member. Mark received his B.S. in Electrical Engineering from Iowa State University and M.S. in Electrical Engineering from Carnegie Mellon University.
View all posts by Mark Milliman →
Tagged  broadband, Community Broadband Network, Fiber to the x, Internet service provider, municipal broadband.
Bookmark the permalink.