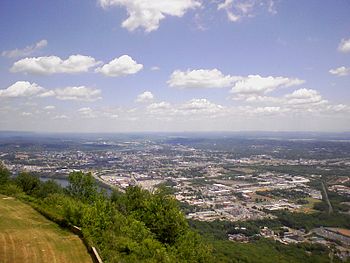 NASHVILLE, Tenn. (AP) – The Federal Communication Commission ruled last week that cities like Chattanooga may expand their municipal broadband service, but Tennessee officials who oppose the decision are lining up to block the move.

Slatery said no decision has been made about the state’s next step.

Slatery was among several prominent Republicans who had urged the FCC not to override a state law blocking Chattanooga’s electric utility from expanding its super-fast Internet network beyond its current service area. Other letter writers included Gov. Bill Haslam and the speakers of the state House and Senate.

Mark Milliman is a Principal Consultant at Inphotonics Research driving the adoption and assisting local governments to plan, build, operate, and lease access open-access municipal broadband networks. Additionally, he works with entrepreneurs and venture capitalists to increase the value of their intellectual capital through the creation of strategic product plans and execution of innovative marketing strategies. With more than 22 years of experience in the telecommunications industry that began at AT&T Bell Laboratories, Mark has built fiber, cable, and wireless networks around the world to deliver voice, video, and data services. His thorough knowledge of all aspects of service delivery from content creation to the design, operation, and management of the network is utilized by carriers and equipment manufacturers. Mark conceived and developed one of the industry's first multi-service provisioning platform and is multiple patent holder. He is active in the IEEE as a senior member. Mark received his B.S. in Electrical Engineering from Iowa State University and M.S. in Electrical Engineering from Carnegie Mellon University.
View all posts by Mark Milliman →
Tagged  Broadband networks, Chattanooga, Federal Communications Commission, Internet, Internet service provider, ISP, municipal broadband, Tennessee.
Bookmark the permalink.