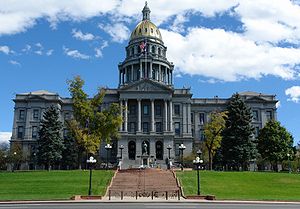 The proposal by Qwest for statewide franchising for video services is not necessarily a good move for consumers unless communities have options to ensure their broadband future.  By simplifying the franchising process, Qwest/CenturyLink and others can easily re-enter the video market in Colorado without negotiating with every city they want to provide service; thereby, allowing competitors to satellite and cable TV companies.  I personally welcome Qwest’s re-entrance into the market.  Local franchise negotiations are often fraught with requests for community TV stations and equipment, free or reduced charges to schools and other institutions, municipal network access, and that pesky universal service requirement.

Elimination of these individual negotiations will reduce the cost of providing services to consumers and speed time to market.  Wireline providers such as Qwest and Frontier Communications will be able to develop successful business cases to deliver video services in communities enabling more competition and choice.  The problem is that there are still a limited number of competitors for video services in the state, and without a universal service requirement new entrants will likely serve only the markets that can be reached for the lowest cost and highest probability of market penetration leaving some suburban and rural areas with limited or no choices.  Additionally it gives new entrants an advantage over current municipal franchise holders like Comcast that are required to provide service to all households in the franchise territory.

I support Qwest’s move to simplify the franchise process with the caveat that allows communities to have control over their broadband destinies.  If a community can no longer guarantee that they will have video (and broadband) services that meet their needs, then they should be able to offer alternatives for their community.  A few years ago the legislature passed SB-152 that prevents communities from building their own broadband networks for public use.  The intent was to keep communications services in the hands of private enterprise and not divert taxpayer money for these purposes.  What is does is prevent many communities from having advanced broadband services that many of their urban counterparts have.

Building broadband networks to every home is a very expensive endeavor.  The economics to build these networks for just a single carrier use is not feasible for public companies except in the densest metro areas which is why you see Verizon’s FiOS in only major metropolitan areas.  A community could build that last mile network and lease access to multiple service providers and see it break even in 5-7 years.  Google is trying to institutionalize this model in their Fiber for Communities project.  These open-access last mile networks have proven to be economically feasible in many cities throughout the world, but in Colorado cities are prevented by law from building them.

Any proposed change in franchising and lessening of the “universal video service” requirement should come with a repeal of SB-152.  This change would allow municipalities to form public/private partnerships to build and operate network infrastructure where private service providers could purchase network to deliver voice, video, and data services.  Communities would then be assured that their citizens would have a choice of service providers and the revenue from the network would replace franchise fees.  Eventually Qwest and Comcast would see the benefits of municipal broadband infrastructure and begin purchasing capacity as well.

Qwest is in discussions with Colorado lawmakers about a proposal that would ease some of the burdens tied to launching a new video service to compete against cable television, an effort that failed three years ago.

The Denver-based telecommunications company wants the video-franchising process to be handled at the state level. Currently, Qwest and others have to pursue franchise agreements with individual municipalities before they can introduce a new video offering.

“We’ve started talking with legislators — especially given the new members that we have up there — about video franchising and what could be done to facilitate competitive entry in the cable business,” said Qwest state president Chuck Ward.

Ward said a bill has not been drafted. But the measure would probably include a provision that exempts new video entries from having to offer service to every home in a given municipality, a requirement placed on incumbent cable-TV providers such as Comcast.

END_OF_DOCUMENT_TOKEN_TO_BE_REPLACED

Mark Milliman is a Principal Consultant at Inphotonics Research driving the adoption and assisting local governments to plan, build, operate, and lease access open-access municipal broadband networks. Additionally, he works with entrepreneurs and venture capitalists to increase the value of their intellectual capital through the creation of strategic product plans and execution of innovative marketing strategies. With more than 22 years of experience in the telecommunications industry that began at AT&T Bell Laboratories, Mark has built fiber, cable, and wireless networks around the world to deliver voice, video, and data services. His thorough knowledge of all aspects of service delivery from content creation to the design, operation, and management of the network is utilized by carriers and equipment manufacturers. Mark conceived and developed one of the industry's first multi-service provisioning platform and is multiple patent holder. He is active in the IEEE as a senior member. Mark received his B.S. in Electrical Engineering from Iowa State University and M.S. in Electrical Engineering from Carnegie Mellon University.
View all posts by Mark Milliman →
Tagged  Colorado, Denver, Franchising, municipal broadband, Qwest, video franchising.
Bookmark the permalink.