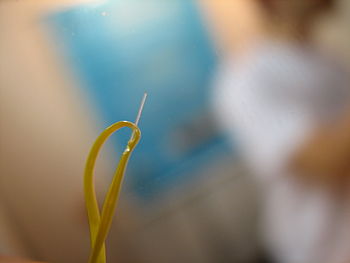 Local governments are forever seeking opportunities to diversify their, er, investments in sports stadiums, convention centers and such. Many lately have been getting into broadband. Municipalities have built some 180 fiber-optic networks in addition to about 75 cable services. Most operate as de facto public utilities with an implicit, if not explicit, taxpayer backstop.

President Obama last month hailed the municipal gigabit fiber optic network in Cedar Falls, Iowa, as an exemplar of public broadband’s potential to increase connectivity, spur competition and drive economic growth. Yet his laments of market failure are overwrought, and his anecdote of government success comes with caveats.

According to a report last year by New York Law School, the number of high-speed broadband lines more than doubled between June 2009 and December 2012, while the percentage of Census districts with one or fewer fixed broadband providers fell to 1.2% from 3.5%. Broadband cable prices plunged to $1.10 per megabit per second in 2013 from $19 in 1998.

Mark Milliman is a Principal Consultant at Inphotonics Research driving the adoption and assisting local governments to plan, build, operate, and lease access open-access municipal broadband networks. Additionally, he works with entrepreneurs and venture capitalists to increase the value of their intellectual capital through the creation of strategic product plans and execution of innovative marketing strategies. With more than 22 years of experience in the telecommunications industry that began at AT&T Bell Laboratories, Mark has built fiber, cable, and wireless networks around the world to deliver voice, video, and data services. His thorough knowledge of all aspects of service delivery from content creation to the design, operation, and management of the network is utilized by carriers and equipment manufacturers. Mark conceived and developed one of the industry's first multi-service provisioning platform and is multiple patent holder. He is active in the IEEE as a senior member. Mark received his B.S. in Electrical Engineering from Iowa State University and M.S. in Electrical Engineering from Carnegie Mellon University.
View all posts by Mark Milliman →
Tagged  Ajit Pai (FCC), Cedar Falls, Federal Communications Commission, Internet, Internet access, Internet service provider, Iowa, municipal broadband, net neutrality, Public utility.
Bookmark the permalink.