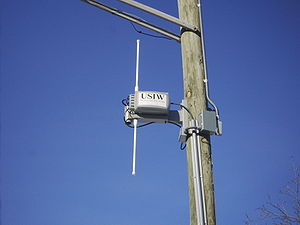 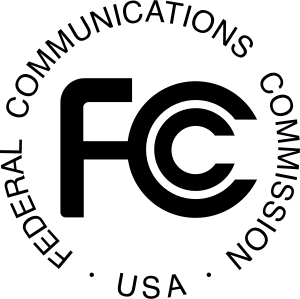 I applaud the Commission for actually being bold enough to state that 200 Kbit/s is not broadband, although I contend that 4 Mbit/s is not a substantial definition beyond this year.  The point is that the FCC is actually trying to be a bit forward looking minus the two commissioners that seem bent on serving a different master.  One of the reasons that consumers opt for lower speed is the cost of higher speed services is out of their budget range.  The price per bit for broadband in many areas ranks as some of the most costly transport in the world.

After upgrading its standard definition of broadband to 4 Mbit/s, the Federal Communications Commission (FCC) says in its annual broadband deployment report that the prospects for getting high-speed Internet access to 14 to 24 million Americans in poor or rural areas that lack it are “bleak.”

When the FCC began issuing its annual broadband deployment reports in 2004, it set the standard for broadband Internet access at 200 Kbit/s. In the report it issued Wednesday, the commission says that it doesn’t consider a household a broadband-connected home unless it has a high-speed Internet connection with a minimum download speed of 4 Mbit/s and upstream speed of 1 Mbit/s. (See FCC: Up to 24M Lack Broadband Access.)

Finally some common sense with regards to net neutrality. These economists are saying that, like most things, if the government regulates the Internet, then it will actually hurt the people it is trying to protect.  “If it ain’t broke, don’t fix it.” Net neutrality is truly a bipartisan issue with Democrats and Republicans both for and against it. There are several forces at work here that are pushing net neutrality. There are the content providers that are neophytes at lobbying who are trying to manipulate the market to protect themselves. They do not realize that the law of unintended consequences can come back to bite them in the backside. Then there is the FCC that is going with the meme of the current administration to expand governmental powers.  This is a strange power struggle where the “bad guys” are really the “good guys” and vice versa, but for all the wrong reasons.  You have to read this article carefully realize that these economists support the no regulation net neutrality that the Internet originally enjoyed.

WASHINGTON, July 9, 2010 – Four economists argued in a letter to the FCC sent Wednesday that the question before the agency was “not whether to impose network neutrality, but whether to eliminate it.”

They responded to a letter also sent to the FCC that was drafted by 74 Democratic lawmakers who said the FCC’s plan to impose new regulations on the internet would violate a standing bipartisan consensus about leaving the internet unregulated. The economists argue that, in the aftermath of deregulatory court decisions like the Comcast case, the question is whether to restore what was previously the status quo, not whether to impose new regulation. The court ruled that the FCC did not have the authority to regulate Comcast’s control over the speed that data flows through its networks.

The Pew Center on the States has it right that the implementation of broadband networks is more of a local issue than a national issue even though as a fact the U.S. has fallen behind as a country.  The federal government’s involvement should be to create policies that encourage the building of broadband networks and to remove any impediments that may be erected at state and local levels.  The BIP and BTOP funding should serve as a catalyst to drive deployments and try different business models, not complete subsidize deployments.  Each state and locality has unique needs and should be free to develop solutions to meet those needs.  There is no single technology or business model that can be utilized across the country.  Even the Bell System had local engineering centers that designed their local access networks using several Bell Labs approved technologies when they were appropriate.  Funding broadband networks on the national level will require Congressional involvement.  Anyone that understands how the appropriation of transportation funds works realizes that projects are funded based on political clout and less on need.  If left at the federal level, broadband funding will be subject to the same process.  The economic and geographic diversity across this country necessitates the need for the solution to our national problem to be resolved on a local level.

WASHINGTON June 30, 2010-The Pew Center on the States has just released a report on the importance of state government involvement in broadband. In essence the report aims to show the varied efforts that the states are making to expand broadband. Additionally they give a brief explanation of why the national purposes set out by the National Broadband Plan are important.

More and more politicians realize that unfettered access to broadband services is the key to continued prosperity in this country.  If they truly belief this, then they need to remove the regulatory and legislative restrictions that impede novel business models that can increase the deployment of broadband networks in rural areas.

TROY, Mo. | Access to broadband Internet is no longer a luxury but a necessity, and rural areas need more of it, Sen. Claire McCaskill and others said Friday.