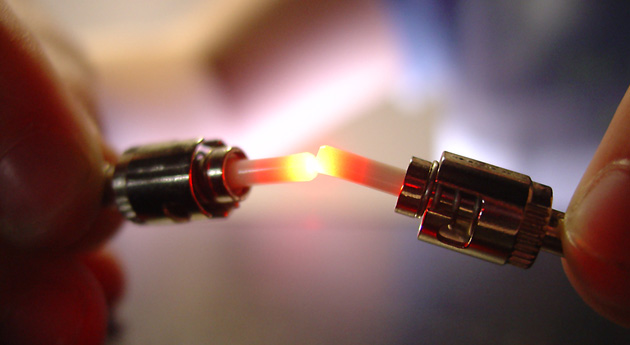 AT&T isn’t letting Google Fiber’s expansion plans go unanswered. The telecom giant hasannounced that it’s looking at bringing its GigaPower internet service to as many as 21 additional big cities and their nearby municipalities. There’s some potential for direct competition with Google, as both companies are looking into gigabit access for key urban areas like Atlanta, San Antonio and San Jose. However, it’s clear that AT&T is taking some initiative here — it’s also exploring rollouts in Chicago, Los Angeles and other hubs that aren’t currently on its rival’s roadmap.

With that said, don’t start planning a 4K internet video marathon just yet. Like Google, AT&T still wants to discuss its intentions with community leaders. The carrier won’t launch in a given area unless it sees that there’s enough demand, network infrastructure and “receptive policies,” so there’s a chance that your town won’t make the cut. Even if the expansion only reaches a few cities, though, it’s still good news for Americans who’ve been demanding better data speeds and more competition for years.

Mark Milliman is a Principal Consultant at Inphotonics Research driving the adoption and assisting local governments to plan, build, operate, and lease access open-access municipal broadband networks. Additionally, he works with entrepreneurs and venture capitalists to increase the value of their intellectual capital through the creation of strategic product plans and execution of innovative marketing strategies. With more than 22 years of experience in the telecommunications industry that began at AT&T Bell Laboratories, Mark has built fiber, cable, and wireless networks around the world to deliver voice, video, and data services. His thorough knowledge of all aspects of service delivery from content creation to the design, operation, and management of the network is utilized by carriers and equipment manufacturers. Mark conceived and developed one of the industry's first multi-service provisioning platform and is multiple patent holder. He is active in the IEEE as a senior member. Mark received his B.S. in Electrical Engineering from Iowa State University and M.S. in Electrical Engineering from Carnegie Mellon University.
View all posts by Mark Milliman →
Tagged  AT&T, broadband, broadband access, FTTH, FTTL, Google, Google Fiber.
Bookmark the permalink.