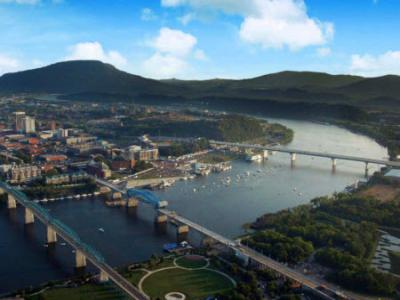 Phoenix Center chief economist George Ford has taken issue with a story in The Tennessean newspaper in which Chattanooga, Tenn., Mayor Andy Berke touted the economic benefits of its municipal fiber network.

A federal appeals court recently rejected the FCC‘s preemption of a Tennessee state law limiting the expansion of that city network, but the story preceded that decision and made no mention of it.

The story noted that, over the past three years, “the city’s unemployment rate has dropped to 4.1% from 7.8%, and the wage rate has also been climbing,” citing a speech by Berke to the Fiber to the Home Council Americas conference in June.

Berke is quoted in the story as saying the wage rate in Chattanooga is definitely linked to Internet-related jobs and the tech sector.

Mark Milliman is a Principal Consultant at Inphotonics Research driving the adoption and assisting local governments to plan, build, operate, and lease access open-access municipal broadband networks. Additionally, he works with entrepreneurs and venture capitalists to increase the value of their intellectual capital through the creation of strategic product plans and execution of innovative marketing strategies. With more than 22 years of experience in the telecommunications industry that began at AT&T Bell Laboratories, Mark has built fiber, cable, and wireless networks around the world to deliver voice, video, and data services. His thorough knowledge of all aspects of service delivery from content creation to the design, operation, and management of the network is utilized by carriers and equipment manufacturers. Mark conceived and developed one of the industry's first multi-service provisioning platform and is multiple patent holder. He is active in the IEEE as a senior member. Mark received his B.S. in Electrical Engineering from Iowa State University and M.S. in Electrical Engineering from Carnegie Mellon University.
View all posts by Mark Milliman →
Tagged  broadband, Chattanooga, EBP, Economic development, Federal Communications Commission, Internet, Internet access, ISP, municipal access, municipal broadband, Tennessee.
Bookmark the permalink.