From unserved to connected: Leverett’s fiber-optic system a model for rural towns 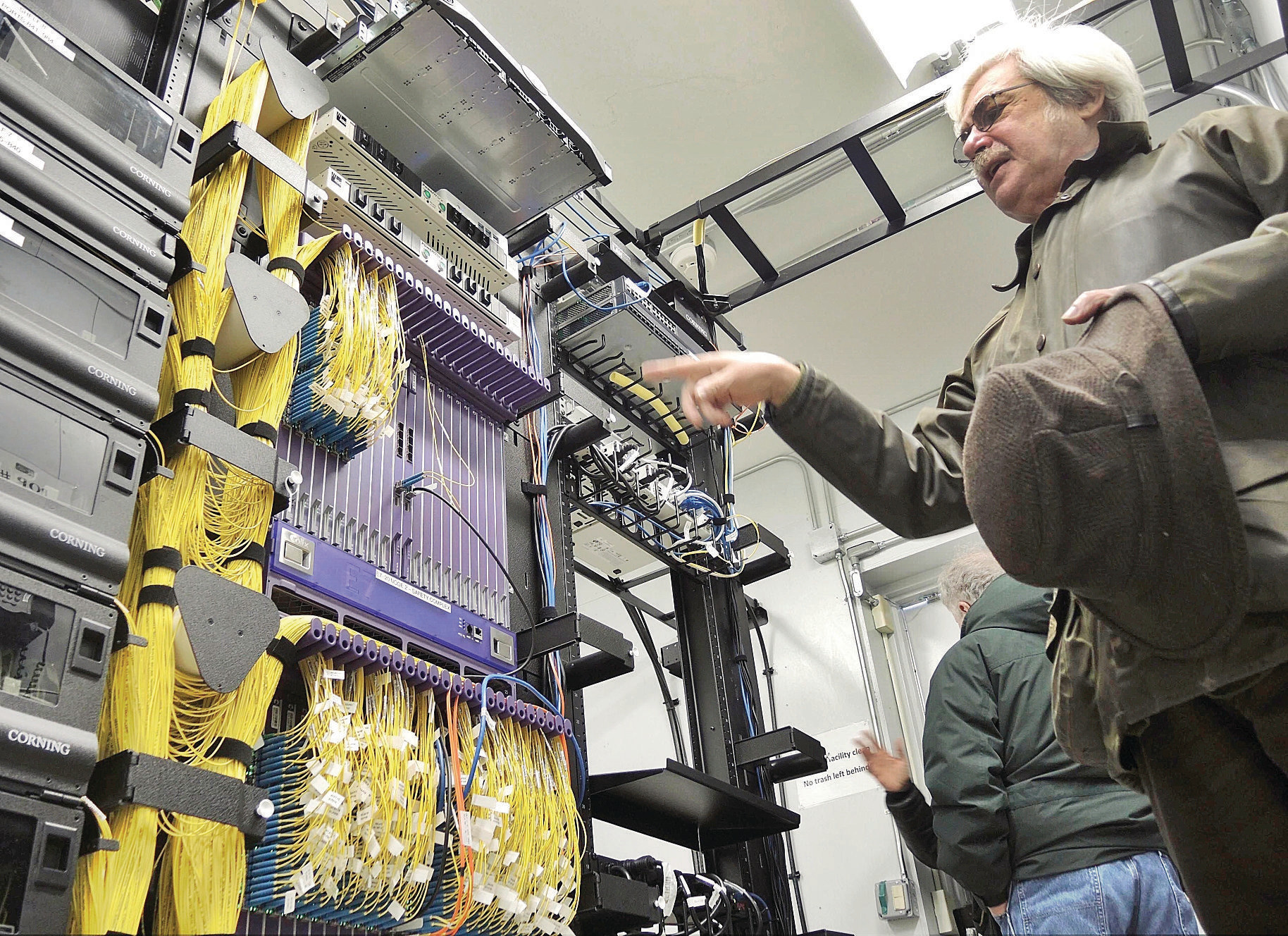 LEVERETT — Inside a green metal building in Leverett, lightning-fast internet connections pulse through yellow-coated fibers, one per customer.

One strand belongs to Susan Valentine, an artist who lives down the hill on Long Plain Road in this Franklin County town.

“Man, it was a long time coming,” she said recently.

Another fiber threaded into the rack inside one of LeverettNet’s two electronics huts provides Kathleen Lafferty’s economic lifeline.

Nearly two years after Leverett first lit segments of its fiber-optic broadband service, this $3.7 million project is a point of pride for Lafferty — and most everyone in this community of 1,800.

Before, the mood bordered on shame.

“I couldn’t tell any of my clients what my office situation was, before broadband,” said Lafferty, a freelance editor who works from home and needed to receive large files. “I’d have to go to the library for downloads. It’s totally different now.”

Come April, it will be two years since Leverett began to close its digital divide — way ahead of other unserved Massachusetts towns, including more than a dozen in Berkshire County.

When state officials arrived to help Leverett celebrate Oct. 2, 2015, they declared the town a model.

“Leverett shows it can be done,” said Eric Nakajima, then executive director of the Massachusetts Broadband Institute. “We look forward to building on their success in partnership with towns throughout Western Massachusetts.”

Mark Milliman is a Principal Consultant at Inphotonics Research driving the adoption and assisting local governments to plan, build, operate, and lease access open-access municipal broadband networks. Additionally, he works with entrepreneurs and venture capitalists to increase the value of their intellectual capital through the creation of strategic product plans and execution of innovative marketing strategies. With more than 22 years of experience in the telecommunications industry that began at AT&T Bell Laboratories, Mark has built fiber, cable, and wireless networks around the world to deliver voice, video, and data services. His thorough knowledge of all aspects of service delivery from content creation to the design, operation, and management of the network is utilized by carriers and equipment manufacturers. Mark conceived and developed one of the industry's first multi-service provisioning platform and is multiple patent holder. He is active in the IEEE as a senior member. Mark received his B.S. in Electrical Engineering from Iowa State University and M.S. in Electrical Engineering from Carnegie Mellon University.
View all posts by Mark Milliman →
Tagged  broadband acess, broadband service, fiber access, FTTH, Haystack Observatory, Internet access, Internet service, ISP, Lafferty, Massachusetts, municipal broadband.
Bookmark the permalink.